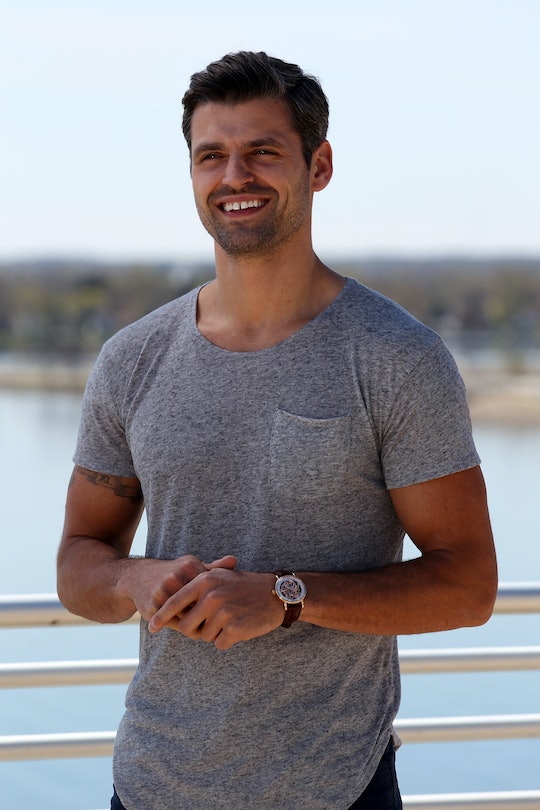 Peter From 'The Bachelorette' Is A Very Private Guy

Fans will find out soon enough who gets the final rose, and a lot of people seem to be rooting for Peter Kraus. And who wouldn't? He's a great looking guy, seems to really like Rachel, and seems like the kind of person a woman could settle down with. Basically, everyone knows how they feel about Peter. But what does Peter think about The Bachelorette? Here's the thing: Peter is a very private person.

His social media accounts aren't really all that active, except for his Instagram. But he doesn't really post about The Bachelorette like many of the other contestants. Weird, right? Could this mean that he's the winner and has chosen to stay quiet about the whole show? Or just the opposite — he gets his heart broken by Rachel and just went back to his regular old life.

There is one image on his Instagram with his friends from Madison. He captioned that picture:

Three months ago I met my friends out for a night in Madison where I let them know that I'd be leaving in a few short days to begin what was sure to be the experience of a lifetime on #thebachelorette. Their words of advice, "Just remember you're not funny." On that note... Thank you ALL for your love and support after the show aired last night.

That's sort of hilarious, because Peter is a pretty serious guy.

He Did Enjoy The Viking Day

He Had A Great Time On Ellen, Too

Other than those random pictures and words of gratitude for the experience, there's not a lot more about Peter's feelings towards the show. But we know that Peter has a lot of feelings. Last week in Geneva, he told Rachel on a one-on-one date that he was having trouble sharing her with other men.

He also admitted that he wasn't sure he would get down on one knee and propose if she chose him. Simply, he'd want more time to figure out if they were really meant to be.

Which, in real life, is an entirely normal feeling to have. Who gets married after just a few weeks of dating in such a superficial setting? (Don't answer that.) Rachel seemed to understand his feelings, and also seemed to like that he was real for her.

His hometown date is supposed to be full of drama. Rachel supposedly asks Peter's mother if she thinks her son is emotionally prepared for marriage. His mom answers cryptically that Peter is ready for kids and family, but might have a problem with marriage. It's very confusing, but fans will find out soon how it unfolds. Just don't look to Peter's social media accounts to give you any clues.