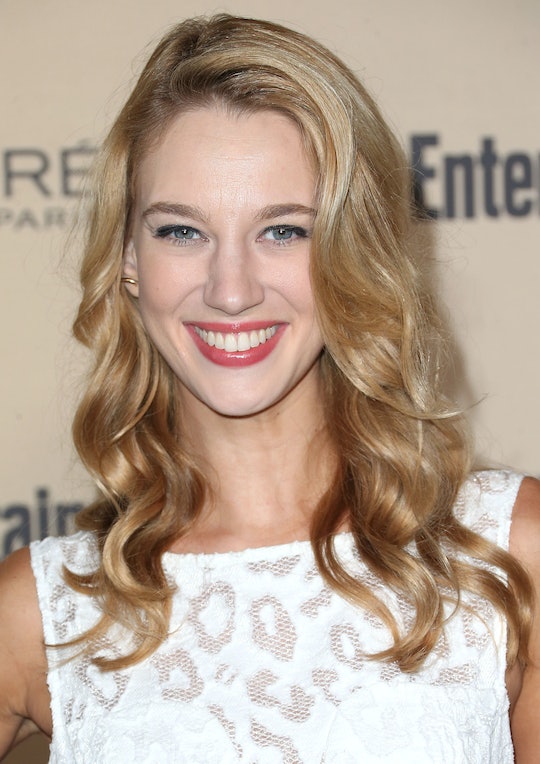 What Does Petra's Twin Want On 'Jane The Virgin'? Her Motives Are Unclear

You can always count on Jane the Virgin to serve a shock, and last week's episode "Chapter Thirty-Nine" definitely delivered. After lulling the audience into thinking Petra was leaving Miami, the show spun around to reveal she actually had a twin sister arriving in town – one that will almost certainly cause trouble for everyone's favorite scheming ex-wife turned adorable scene-stealer. The question remains what exactly Petra's twin is in Miami for and why she's here now, after years of apparently being kept a secret. So, what does Petra's twin want on Jane the Virgin?

In her first, very brief appearance, Petra's Twin (P.T. until we get a name for her) certainly seems amiable. She's absolutely thrilled to see Petra, full of excitement and broad, beaming smiles as she tugs Petra into a serious squeeze. It's not certain how much of that is genuine. We know how much double-crossing runs in the family, and since both Magda and Petra are essentially brilliant con artists, it wouldn't be surprising if Petra's sneaky sister is also skilled in the area of deception. Then again, I assume she grew up far from Magda if Petra never met her, so maybe...her motives...are pure? It's a possibility, but on this show I'd say it's highly unlikely.

The show is keeping mum on spoilers, but odds are P.T. has some secrets to hide. Jane the Virgin is a telenovela after all, and no new character who emerges from out of nowhere is going to be secret-free. While we don't have a name or know her intentions, context clues provide a few hints. She definitely seems eager to reconnect, but she was also showing classic signs of running from something: dyeing her hair, taking a lot of money out of the ATM, and wearing nondescript clothes. She certainly seemed like a woman who was trying to blend in. While on the bus into Miami, she looked longingly at a picture of Petra and Rafael – was she merely anticipating meeting her long lost sister, or does she have eyes for her sister's ex?

It seems like this storyline could play out one of two ways: either P.T. is in danger and desperately needs her more settled sister's help, or she's there with less pure motives in mind and she's going to try to insert herself into the pretty cushy life Petra has built – without leaving room for Petra in it. Those are the typical soap opera twists of a plot like this, but Jane the Virgin is also far from typical.

Whatever P.T.'s motives, her presence on the show can only be good. In addition to the fact that audiences will be getting double the Yael Grobglas, a new member of the family will also give Petra more to play off of and learn from. Petra has never had anyone besides her less than stellar mother, and a sister might be just the support she needs going forward.

Then again, a sister might be another heaping of trouble on Petra's already very full plate.