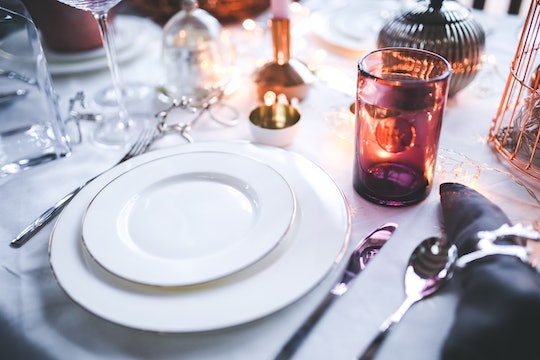 Mice, dogs, and most other mammals do it, and now more humans are joining in. New moms (and a few curious dads) are chowing down on placenta right after the baby arrives. But what does placenta taste like, and why would some women opt for its consumption?

Placentophagy, or the eating of placenta, may have some surprising health benefits for moms who are recovering from the rigors of labor. As explained in the Mayo Clinic, the placenta is an organ that develops during pregnancy to deliver nutrients to and remove waste from the growing baby, and it is delivered vaginally right after the baby is born. And according to WebMD, some people claim that eating it may give you an energy boost, increase breast milk supply, and fend off postpartum depression — although there is not yet any proof to these claims. That said, as long as your placenta is prepared hygienically, it probably won’t hurt you to eat it and see.

To help new moms ingest the placenta more easily, there are several ways to prepare it. As the American Pregnancy Association explained, you may have it dehydrated, ground, and placed into capsules, which greatly reduces (or even eliminates) any of the taste. But there are also ways to get a more firsthand experience with the organ. Some doulas or midwives may prepare a placenta smoothie by blending the organ with fruits and juices, as reported by the Daily Mail. (Just try ordering that at Jamba Juice.) If cooking is your forte, you can try recipes from Women’s Health that help you whip up placental chili or lasagna. Lastly, some women will go all out and just eat it raw, as noted in The Doula Services Network. So health benefits notwithstanding, does the placenta taste okay, or should you just opt for a multivitamin to avoid it altogether?

Descriptions of the placental taste vary from person to person. According to a group of women in Cosmopolitan, many reported a slight metallic or iron taste in their placenta smoothies. Food writer Nick Baines consumed his wife's placenta for a piece in The Guardian, and he said the resulting smoothie "had a mineral earthiness to it and tasted exactly like the delivery room had smelled." (He was more fond of it when cooked in a taco, however). Furthermore, a chef in Chowhound described the taste of cooked placenta as "gamy, kind of like squab." While the descriptions varied, none of the taste-testers described it as difficult to stomach. So if you're curious about trying out placenta, chances are it will be at least somewhat palatable. Also, in the moments immediately following your baby's birth, you may just crave any sustenance, and not really worry about what exactly you're eating.