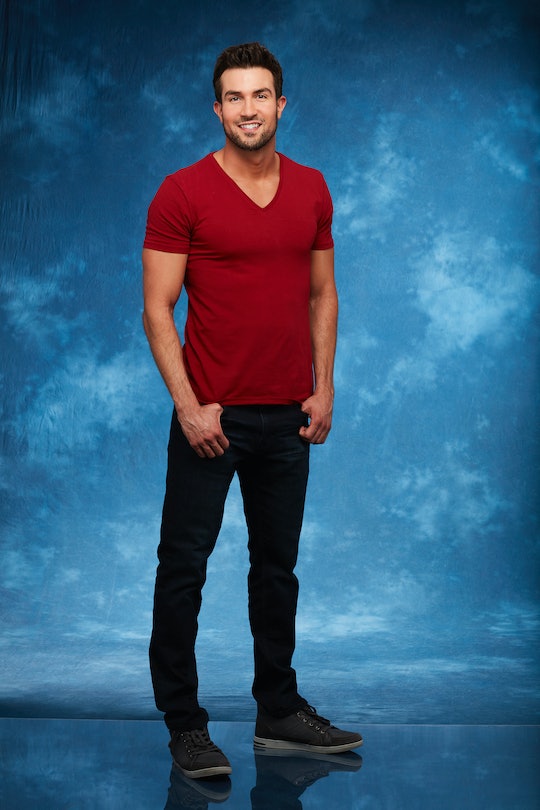 I cannot believe this season of The Bachelorette has already reached hometowns — but yet, here we are. Next week, Rachel will be meeting the families of the final four: Bryan, Peter, Dean, and Eric. It looks like pretty intense all around, but one part of the teaser was particularly interesting. There is a clip of Bryan with Rachel's family (which seems unusual for a contestant's hometown) — and it doesn't look like their first impression is a good one. What does Rachel's family think of Bryan on The Bachelorette? This hometown date looks stressful.

Bryan's been a frontrunner from the beginning. He got the first impression rose in the premiere, just like Rachel did during Nick's Bachelor season (and she finished third). Their relationship has taken off and he's been granted solo date after solo date. No surprise, he had a one-on-one on Monday's episode in Geneva (where he scored a Breitling watch... really). Rachel definitely feels a connection between them; even after talking about a bad break-up he had (where his girlfriend dumped him because of his mother), Rachel didn't hesitate to give him a rose. That meant not only did he advance, but he was going to hometowns.

While the preview for next week's episodes showed the other men's families with Rachel, Bryan's was a little different. He appeared to be eating dinner with Rachel's family — something that doesn't usually happen until the fantasy suite date time. Perhaps this is because Rachel's really confident in the relationship, but from the looks of it... she might have her regrets. More than one of her relatives doesn't seem pleased with him during a confessional, and he asks to talk with her in private. That's all the teaser gave viewers, but it's enough to know they're not as fond of Bryan as Rachel is (at least, at first).

If Bachelor Nation remembers way back when to Rachel's hometown date with Nick, her family was skeptical back then, too — with good reason. They want what's best for Rachel, and in 2017's political climate, asking questions about race and how it'll impact Rachel's relationships is important. They seem to proceed with caution, which makes sense to the audience, but Bryan doesn't seem happy about it. Viewers will have to hold out until the long-awaited hometowns to see what really goes down. Given how Rachel's the first black Bachelorette, it's sure to be groundbreaking.