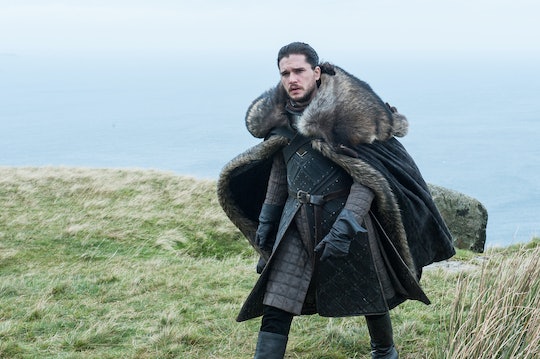 Gilly hasn't had much to do so far, but she just stumbled upon a whopper of a secret. On Sunday's episode, Gilly learned that Rhaegar was actually married to Lyanna, which is, like, huge. But, what does Rhaegar and Lyanna's marriage mean on Game of Thrones? It could mean a lot regarding the rightful heir to the throne, which, in the penultimate season, basically defines the whole show.

In Episode 5, Sam has gotten a little bit sick of the Citadel. The maesters ignore him and he's not allowed to do all the research he wants, and he's not getting the answers he was looking for, although he is getting some answers he didn't know he needed. Gilly is reading with him, asking Sam what "annulled" means, before reading that Rhaegar Targaryen had his marriage annulled to get married to somebody else. That is when everyone in the Game of Thrones-watching world spit out whatever they were drinking at the time and began throwing things at the TV. Or maybe that was just me. In any case, this means that Jon's parents actually were married, which means he spent his entire life feeling bad for being a bastard for no reason. Oh, and also that according to Westeros law, he is probably the rightful heir to the Targaryen throne. Or at least it's debatable.

It was revealed in the finale of Season 6 that the longest-running fan theory was actually correct, Jon is the child of Rhaegar Targaryen and Lyanna Stark. This was enormous, but it still meant that Jon was a bastard with no legal rights to anything. But if his parents were actually married, and his father was the rightful heir to the Iron Throne, that means that Jon now has some legal reasons to backing up a claim to be king of all seven kingdoms.

Hopefully Jon is coming at least a little bit closer to finding out his true parentage. It's clear that at least one person knows the truth, and that's his brother Bran, acting like he recently returned from a semester abroad studying philosophy, but who now actually knows everything. Bran could be the one to tell Jon who his parents are and that they were actually married and that his real name, as many fans believe, is Jaehaerys Targaryen. If he does find this out, will Jon even want the Iron Throne, or will he be content to remain King in the North? I actually cannot wait.