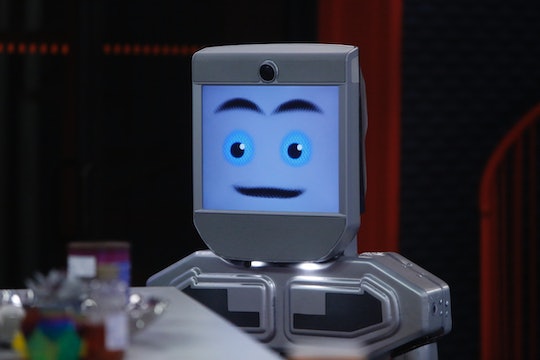 When it comes to Big Brother, houseguests should know to expect the unexpected. This season, one of the unexpected parts of the game was the introduction of the "BB App Store." Viewers at home got to vote for their favorite houseguest and the houseguest that was trending would get to choose a power app, while the houseguest with the lowest votes got a "crap app." For the first app, Sam was chosen to get a power app, giving her a new power in the house. So what does Sam's new power on Big Brother mean?

Sam got to choose between a few apps and she chose the "Bonus Life" app. The app gives her the power to bring back herself or anyone else who's evicted during one of the first three evictions. If she doesn't use her power, the fourth person evicted will automatically return to the house. This is the perfect power for Sam to have right now since she's currently on the block.

As the first head-of-household, Tyler nominated Sam and Steve for eviction, two safe choices who wouldn't ruin his game in the future. Unfortunately for Sam, Steve appears to have the votes to stay right now. Still, the veto competition has to be played and it's possible that Sam will win and pull herself off the block. However, if she doesn't win she'll have to put her power to use in order to stay in the house.

While it's great that Sam has a power that could save her, it'd definitely be more beneficial to her game if she doesn't have to use it this week. Having this app in her back pocket is a great power to have, and if she has the ability to use it save someone else that could definitely get her another ally in the house. Unfortunately, because she spends half her time in the house Sam hasn't really made any friends in the house yet.

She definitely seems to have Tyler and JC in her corner but that's it so far. If Sam can get another person in her corner that could really help her game. Thus, it's in her best interest not to be evicted so she can save her power. Hopefully, she'll be able to win the Power of Veto. If not, she'll have to campaign hard to hopefully get the votes she needs to stay.

Though Sam was rewarded with the Bonus Life app, it was poor Faysal who got stuck with the crap app, which was honestly a little surprising. However, this most likely happened because he hasn't exactly done anything to make him memorable on the show yet, not because viewers are against him. This twist is based on viewers voting for a houseguest to trend; people didn't intentionally vote for Faysal to get a crap app they just didn't vote enough to get him trending.

Regardless of why he got it, Faysal chose the "Hamazon" app, correctly assuming that would constitute him having to eat something. Unfortunately for him, he has to eat ham whenever a package is delivered for him. This is a serious problem for Faysal because he's a Muslim and can't eat pork. Hopefully, the Big Brother producers have a ham substitute planned, otherwise it'll be interesting to see how this punishment is played out.

As of right now, none of the other houseguests know who got what apps, and it'll be up to Sam and Faysal if they reveal what they got. For Faysal, his punishment will become known when his first package is delivered, but Sam can definitely keep her power a secret if she wants to. She'll have to decide whether it's better for her game to reveal she got the power or to hide it. You can find out what she decides when a new episode of Big Brother airs on Wednesday at 8 p.m. EST on CBS.