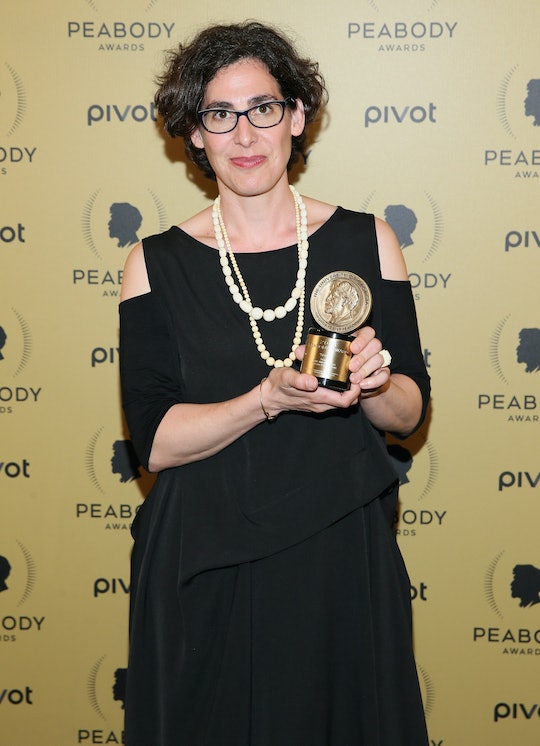 What Does Sarah Koenig Think Of Adnan Syed's Retrial? She Hasn't Said Much Yet

Adnan Syed, convicted of killing his girlfriend Hae Min Lee in 2000, has been granted a retrial. The overlooked intricacies of Syed's case were popularized by the Serial podcast in 2014, which attempted to untangle the potential errors present in Syed's trial. So what does producer and co-host of the podcast Sarah Koening think of Adnan Syed's retrial? She hasn't said much other than that she's "surprised," reports Justin George of the Baltimore Sun. But will that change, as the news starts to sink in?

Rabia Chaudry, Sayed's friend and the Maryland attorney who implored Koenig to research Syed's case, couldn't contain her enthusiasm about the decision. Chaudry tweeted "WE WON" repeatedly and told The Baltimore Sun:

I'm overwhelmed. This is what we all wanted. ...We're overwhelmed, overjoyed, and we're ready. We're going to fight.

According to The New York Times, Syed asked for a post-conviction hearing in 2010, but was denied it. Then, Syed was then granted a post-conviction hearing this past February based on new evidence. His attorneys presented a potential new alibi as well as new information that contested the validity of Syed's cellphone data. Syed's attorneys also claimed that there was "alleged prosecutorial misconduct" in Syed's initial trial which led to his allegedly wrongful conviction.

According to the judge, the cellphone data discrepancy was the reason to reconsider and re-open Syed's case. This flaw, however, was pointed out not by Koenig's Serial, but by Undisclosed, a different podcast that was hosted by Chaudry. Judge Marvin Welch explained Syed's trial attorney's major misstep in a statement recently, noting,

[She] rendered ineffective assistance when she failed to cross-examine the state's expert regarding the reliability of cell tower evidence.

Koening returned to Syed's story with a few short installments back in February of this year. In three, 15-minute episodes, Koening updated listeners on how the hearing was going. At the time, these episodes added more confusion than cohesion, as no new decision was reached. However, in light of these new developments, fans of the podcast are now wondering if a retrial will bring Serial back for a third go-around.

As creator of the first-ever podcast to hit 5 million downloads, Koenig has voiced that the fame and popularity surrounding Serial's first season was "so unexpected and confusing and fairly overwhelming." In recording round two, she had a different tone; she deemed her experience just "eh," saying "it feels like I’m just doing my work."