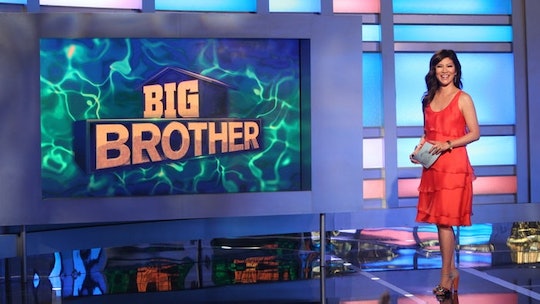 Big Brother 19 has been keeping us, and more importantly, the houseguests, on their toes. The Den of Temptation has been a consistently interesting twist so far, providing America with the chance to have their say by voting one houseguest in to tempt them with a special power, and a subsequent consequence inflicted on the rest of the house. So far, fans have seen Paul's Pendant of Protection, Christmas' Ring of Replacement, and this week one lucky (or unlucky, depending on how you look at it) houseguest will be enticed by the Halting Hex, but what does the Halting Hex do on Big Brother 19? It might be the most tempting temptation yet.

If they accept, the chosen houseguest will have the power to halt one of the next four evictions during the live show, keeping anyone from being evicted that night and making it a non-eviction week. The houseguest would have the power to save someone from eviction, potentially save an ally from the chopping block, or even save themselves.

Now, any Big Brother fan knows houseguests don't tend to react well to eviction shake-ups. (Dustin from Big Brother 8 and Jessie from Big Brother 10 are the first that come to mind.) People always prefer unanimous evictions and things going their way, so this power could destroy strategies and make a lot of people angry. But would it make for good TV? Of course.

So who's most likely to be offered the temptation? Since they've already been voted into the Den, Paul and Christmas are out of the running, leaving America to decide between everyone else. Dominique is a major fan favorite right now, as is Kevin. While Kevin seems to be in good standing with the rest of the houseguests (even though they're all still definitely still underestimating him!), Dominique could probably use some power thrown her way right now, after being nominated for eviction by HOH Alex.

Speaking of, although she is in charge this week, Alex is beginning to register as a threat to people. Jason is really her only ally at this point in the game, and it's not uncommon for the HOH to become a target the week after they run the house. Alex recently told Paul she'd like to go to the end with him, but Paul is completely running the house right now and, for all anyone knows, could have totally different plans for himself.