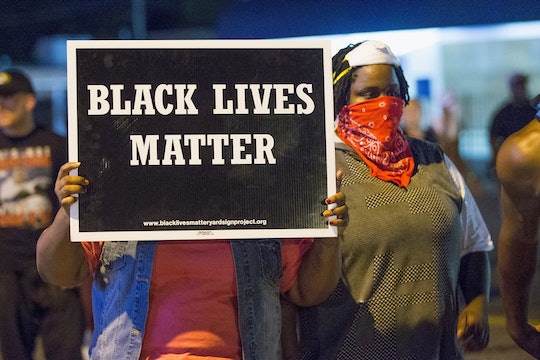 What Does The New Michael Brown Information Show?

In August 2014, 18-year-old Michael Brown was shot and killed by Darren Wilson, a Ferguson, Missouri police officer following an alleged convenience store robbery made by a black male matching Brown's description. In 2015, Wilson faced no criminal charges from Brown's death after facing a St. Louis grand jury. On Saturday, documentary filmmaker Jason Pollock released 55 seconds of security camera footage from the convenience store Brown allegedly robbed, during a screening of his latest film at SXSW. While Wilson won't face criminal charges, he is being sued in civil court, where court documents filed in December of last year have recently been made public. What does the new Michael Brown information show?

Brown's death sparked the Black Lives Matter movement, in response to heaps of praise lauded onto Wilson for how he responded to the incident and a deliberate characterization that Brown was just another "troubled black teenager." But all of this was in attempt to deflect from the larger issue of rising rates of police brutality in the African-American community. Between the new video footage of Michael Brown and the court documents from the civil suit against Wilson, the narrative of what the public was led to believe about happened to Michael Brown in 2014 — and Wilson's justifications for use of deadly force — has moved in an entirely different direction.

That Brown was even spotted by Wilson comes down to a single incident at the Ferguson Market just before noon on Aug. 9, 2014. According to original reports, Brown and his friend, Dorian Johnson, stole a pack of cigarillos and shoved a store clerk. However, Pollock's video shows a different series of events, and told CNN that Brown bartered for the cigarillos — he didn't steal them. Both St. Louis County prosecutor Robert McCulloch and an attorney for the store, Jay Kanzler, dispute what the Brown video actually shows.

As the two men leave the store, a "stealing in progress" call is made by a police dispatcher. Brown and Johnson matched the perpetrators's descriptions, and were spotted by Wilson from his police cruiser just minutes after the call was made. What happened next has been a source of contention for the last two and a half years.

According to Johnson, there was a scuffle between Brown and Wilson through the car door window of the police cruiser after the police officer stopped the pair walking down the street. Wilson originally claimed that Brown reached through the window for the officer's gun — but December's civil court documents tell a different story. An analysis of the Wilson civil court docs by The Root reveals three key findings: That Brown did not reach for Wilson's gun; that Brown did not have a weapon apart from his own body and fists; and instead of reaching for any non-lethal weapon, Wilson grabbed his gun first after the scuffle in the car window. Attorneys for Wilson did not immediately respond to Romper's request for comment.

Of course, none of this information will bring Michael Brown back from the dead — but it's important that this information is shared and discussed: Police brutality is not some invented fiction, and as Brown's senseless death shows, is an all too deadly reality for black men in America.