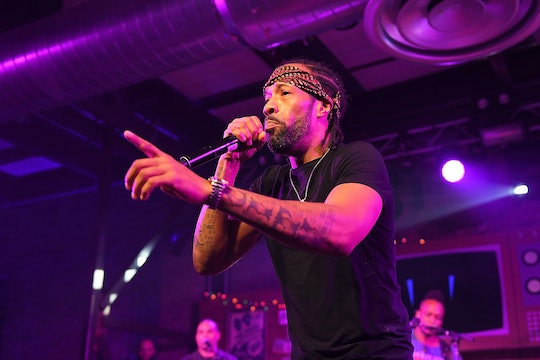 Now that How High 2 is finally here, it begs the question as to whether actors love or hate situations like this. Not all sequels or remakes happen with the blessing of the original cast. But some may root for an updated, re-created version. Then there's the few who stay silent on the topic altogether to avoid instigating tabloid fodder. The point is, after a near 20-year break, what does the original cast of How High think of How High 2?

Though How High 2 won't include fans' beloved Method Man as Silas, or Redman as Jamal, the flick will star Wild ‘n Out comedian D.C. Young Fly, and rapper Lil Yachty. How High 2 will also bring back Mike Epps to reprise his role as Baby Powder, which is a testament to how he feels about a follow-up to the classic stoner film. With all the new additions to beef up the sequel, the original members aren't exactly thrilled to see their work reimagined without them. Neither are fans. A petition to get Method Man and Redman in the movie garnered over 8,000 signatures.

Redman recently addressed the sequel in an interview with the Grass Routes podcast, claiming MTV never contacted him about a follow-up to the cultural hit comedy. "I’m not mad at Yachty or DC Fly — like I said, it has nothing to do with them," he said. "But my thing is when you have a brand, like Red and Meth, that kind of helped built and created this entity of How High and shooting a movie on How High — I mean, marijuana and being in college. Those were all our ideas. And when the new deal came about, we wasn’t involved in it."

Redman continued, adding he and Method Man tried writing a sequel to How High for years, but the execs got to it first. "A branch that’s under Universal decided ‘we’re gonna shoot this movie," he said. "And they did not need permission from us because we didn’t own the rights to How High."

Though How High wasn't critically favored, Entertainment Weekly listed it among the Top 10 Stoner Flicks. That's saying something (I think) — especially with competition such as Dazed and Confused, Friday, Half-Baked, and The Big Lebowski. This version of the movie follows two friends who assemble a “Weed Bible” in a basement wall, because, obviously, which somehow helps them grow an enchanted marijuana plant which is great! Until someone steals it. The plot of the sequel is different, but similar enough to the original in theme.

How High 2 is set in Atlanta with a cast of young, prominent rappers and actors, Deadline reported, and the soundtrack to the film will feature music by Lil Yachty featuring Diplo, Migos, and Logic featuring Wale & John Lindahl.

Even though Redman didn't exactly give his blessing for the go-ahead of How High 2, that doesn't mean the rest of the original cast thinks or feels the same. It doesn't mean they don't, either. It's a tricky conversation to have. Regardless, Baby Powder's character will evoke a little reminiscing over the first How High which means it's not all new.

More Like This
All The Nights Hocus Pocus Airs On TV In October 2022
Watch An Exclusive Clip From Trick or Treat Scooby-Doo!
The Addams Family Is Not Exactly As Kid-Friendly As You Remember
The Office Halloween Episodes: A Definitive Ranking