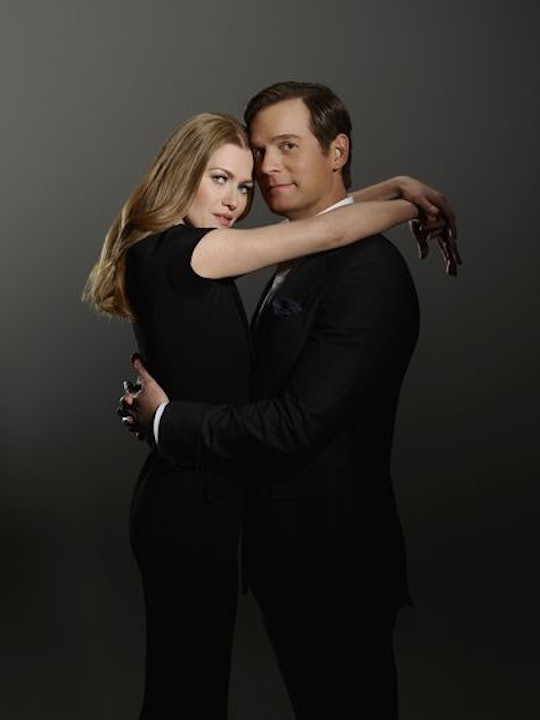 What Does The Painting On 'The Catch' Mean? There Is Meaning Behind Ben's Gift

After only one episode of The Catch it is safe to say that Shonda Rhimes has done it again. The series, which revolves around a sexy and elevated game of cat and mouse, starts with a painting. The painting, which depicts a man and a woman embracing, seems to represent a lot more than just a thing Alice wants to hang above her fireplace. So what does the painting on The Catch represent?

The painting itself, a 2012 piece by artist Maria Kreyn, features a beautiful, somber-looking woman embracing a man whose face is concealed. We first see the painting in the opening sequence of The Catch's premiere. An art thief was attempting to steal it right from underneath Alice's nose. Attempting is the keyword, as it didn't work out for him. Although, as the episode progresses, it becomes abundantly clear that the painting holds an enormous amount of meaning for Alice and Ben.

According to Kreyn's website, the painting is titled "Alone Together." It's an appropriate name for the piece, because it looks as though the lovers are hiding something significant from each other. When Alice tries to find a picture of her missing fiancé's face, she discovers that Ben is looking away from the camera in every single photo they've taken together. Ben is the living embodiment of the man from the painting — although it's doubtful that the painting's subject was also a con artist who swindled his fianceé out of more than a million dollars.

Recall the scene where Ben and Alice are looking at the painting on Alice's laptop. Ben tells Alice he wants to get Alice the art for a wedding present, but Alice doesn't take him seriously because of the museum piece's likely astronomical price tag. He also says something slightly more indicative of his true feelings: "I know exactly how he feels." By the end of the episode, we understand just what he means by that. Just as the man in the painting loves the woman he is embracing, Benjamin loves Alice. He hasn't been able to show her his true self until now. And now that Alice has seen him, she's not going to stop searching for Ben until she catches him.

At the end of the episode, Alice comes home after her emotional whirlwind of a day to find the painting framed and hanging on her wall. If Ben is the person who put it there, what kind of message is he trying to send her? Is this a wedding present, or is this a move in the twisted chess game the two are playing? Did Christopher Hall, the fiancé, give the painting to Alice, or did Benjamin Jones, the con artist, give it to her? It's evident that these two characters will continue to try to get into each other's heads throughout The Catch's first season. I can't wait to follow Alice and Ben as they attempt to outwit one another and navigate their obviously very complicated relationship — this is a Shonda Rhimes show, after all.