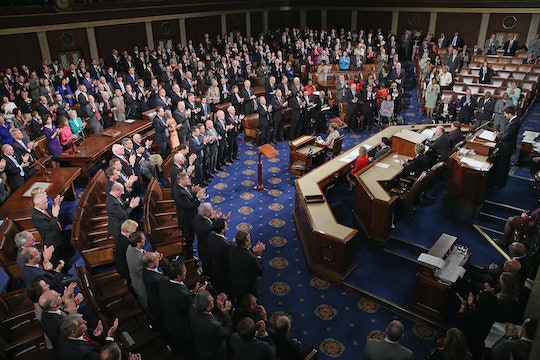 It seems like it's probably a lost cause, but earlier this month, Congress introduced yet another radical anti-abortion bill, H.R. 586, and some are worried that if it does pass, it could have unintended consequences. Let's examine what the personhood bill says, and how it could be interpreted. The "Sanctity of Human Life Act" would "provide that human life shall be deemed to begin with fertilization." Obviously the goal here is to outlaw abortion, but could it also be applied to IVF and birth control? Abortion is far from the only obstacle a fertilized egg has to overcome on its unlikely route to becoming a viable human.

And I do mean unlikely. Only about 40 percent of fertilized eggs implant under optimal conditions. After implantation, there's still a possibility that the blastocyst will fail to develop; 10 to 20 percent of all known pregnancies end in miscarriage, according to the U.S. National Library of Medicine, and of course, many women don't know they're pregnant for a month or two, so countless failed pregnancies are mistaken for periods. Theoretically, H.R. 586 could have women sending every used tampon to a lab to determine whether she should flush it or give it a funeral.

H.R. 586 elaborates that "the life of each human being begins with fertilization, cloning, or its functional equivalent, irrespective of sex, health, function or disability, defect, stage of biological development, or condition of dependency, at which time every human being shall have all the legal and constitutional attributes and privileges of personhood," and goes on to correctly define fertilization as the moment a sperm penetrates an egg, creating a zygote, which is a one-celled organism. It then incorrectly equates a zygote with a "human embryo, which is a new unique human being." A zygote does not become an embryo until it begins to divide into multiple cells, at which time it still hasn't implanted. The scientific definition of pregnancy is implantation.

There is concern that the personhood bill could affect IVF, a process where multiple embryos are created, with one or two eventually being transferred to the uterus. If they're "people," would discarding leftover embryos be considered murder? If they don't implant, would that be negligent homicide? If they're frozen, is that assault? The wording leaves these possibilities wide open.

Some also fear that this means that the bill could outlaw birth control pills, the morning after pill, and IUDs, because they're widely thought to prevent implantation. However, this belief is due to outdated and incorrect FDA labeling. According to the American Congress of Obstetricians and Gynecologists, birth control does not prevent implantation. Of course, a single cell is not a person, either, so facts don't seem to matter much anymore.