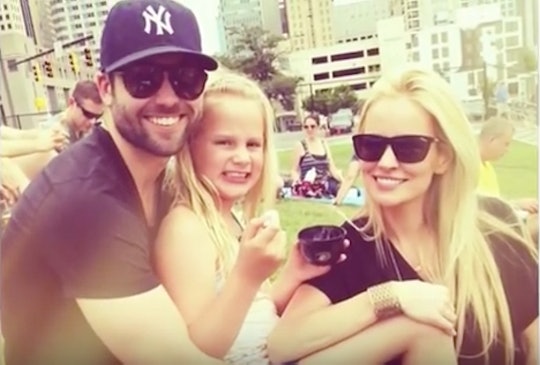 What Does Tyler Johnson, Emily Maynard's Husband, Do?

Exciting news for Bachelorette alumna Emily Maynard: She's due with baby number four, according to her Instagram account. Her family is over the moon, especially her husband. Her husband has a fairly common name that is easily mistaken for a different Tyler Johnson who's a professional basketball player for the Miami Heat. So what does Tyler Johnson do? Emily Maynard's husband may not have a career as glamorous as that of a basketball star, but he seems to be doing alright for himself.

Johnson appears to be a mostly private guy, with a minimal social media presence that's not terribly active. But with a bit of sleuthing, Johnson's LinkedIn profile reveals that he works as a general manager at Hendrick Automotive Group in Charlotte, North Carolina. A little more digging found that Johnson actually works at Hendrick's Mercedes-Benz dealership in Charlotte, where he joined the team in 2013, according to his staff profile page.

His staff bio also reveals that he's worked in the automotive industry since at least 2008, so he's had nearly a decade of honing his car-selling skills — which, more power to him. The business of selling cars is no easy task that just anybody off the street could do. Tyler's bachelor in business management from Wingate University certainly must come in handy.

Maynard, as you may or may not remember over the years, has had a bit of a complicated history when it comes to actually making it to the altar. When Maynard was 18, she was engaged to NASCAR racer Ricky Hendrick, who was killed in a plane crash. After Hendrick's death, Maynard found out she was pregnant, and gave birth to their daughter, Ricki. Maynard was chosen as the winner of Season 15 of ABC's The Bachelor but her engagement to Brad Womack ended shortly after the show wrapped. The following year, she was The Bachelorette for its eighth season, giving her final rose to Jef Holm. That engagement, too, ended before they got married.

Johnson and Maynard had a brief six-month engagement after only dating for a year, according to Maynard's blog. But don't let their whirlwind timeline fool you: The pair had originally met at church, and have known each other for several years. Johnson and Maynard married in a surprise wedding in 2014. Since then, they've welcomed two more children together in addition to Ricki, and now have another little one on the way.

Given how demanding Johnson's job might be, here's hoping he's got a sweet parental leave package, because he's about to be a dad to three kids under 3, and his wife could use all the help she can get.