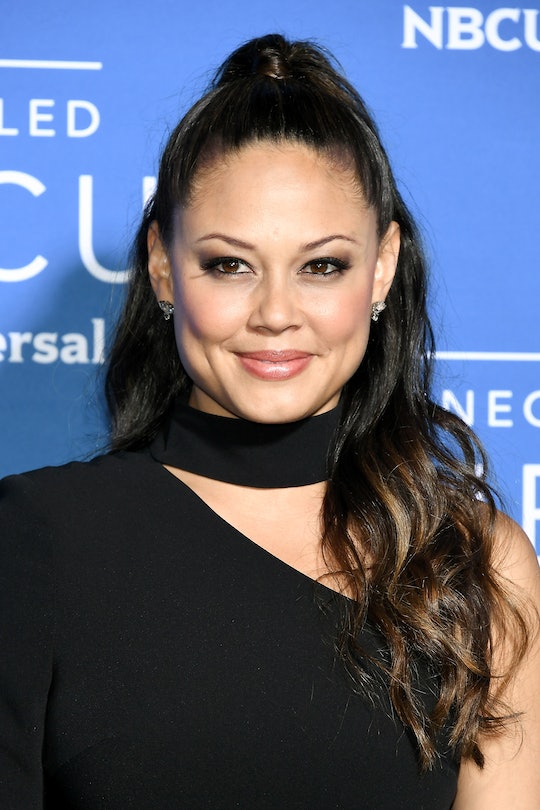 Vanessa Lachey Has Spoken Out Since Her 'DWTS' Elimination

In a surprise double elimination, Nikki Bella and Vanessa Lachey were sent home on Halloween Night on Dancing with the Stars. This was just one week after Lachey's husband, former boy bander Nick Lachey, was eliminated from the series. So what does Vanessa Lachey think about DWTS? After her surprise exit, she's still just as positive about the experience as ever. Considering everything that she has said on the subject, it's easy to assume she's happy to be back home with her babies every day again.

Following her shocking departure, Lachey shared a heartfelt post on Instagram with a picture of herself enjoying the company of her three little ones. She described her experience on the show as filled with nothing but positive memories, with thanks for both her partner Maks Chmerkovskiy, and her husband Nick who was eliminated the week earlier.

My Heart is FULL. ❤️ Last night and the past 7 weeks have been one heck of a ride for me on @dancingabc. Thank You to the show for an incredible experience. Thank You @maksimc for some amazing routines and teaching me how to truly dance, not just memorize steps. Thank You to the fans for your Love & support. You made this Mama feel like a rockstar! But most importantly, Thank You to my husband @nicklachey. Your constant unconditional Love is what keeps “us” going. You are the rock to our family and you have given me three perfectly Beautiful babies! Maybe we didn’t get the mirror ball... but I think we definitely won! I Love You!

Though she had been performing near the middle of the pack as far as judges scores were concerned, Lachey seemed to lose some momentum, and apparently did not have the audience votes necessary to keep her in the competition. Early on she seemed to be one of the contestants most likely to do well, but then lost some steam as weeks rolled by. Lachey's last performance was on Week 8's Halloween-themed extravaganza. She and Chmerkovskiy performed an energetic Paso Doble (with a zombie theme!) to "Game of Survival" by Ruelle.

While I thought the routine was killer (pun absolutely intended), the judges felt that it could have used a little more finesse, and seem to have been expecting more from Lachey who showed so much promise early on. She earned straight eights from the judges for a total of 24 — not quite enough to compete with the likes of Lindsey Stirling or Jordan Fisher, who both consistently earn nines and tens.

As far as her partner is concerned, he has nothing but kind words to say about Lachey and their experience together. There were rumors that some backstage tension between the two caused Chmerkovskiy to sit out a routine and have Lachey dance with an alternate. Neither of them ever confirmed that this was the case. But even if it was, it looks like there's no more bad blood between them, judging by Chmerkovksiy's sweet message. On Instagram, he posted a few pictures of the two of them with the caption:

Last night was a movie and you were every bit a starlet. We worked our asses off for every single step and I’m proud of every single step we’ve taken together. Thank you for your effort, dedication and your relentlessness. You stood tall, put on a show and kept up with the best of them! I’m very much a proud partner, coach and a friend. This was one of the most eventful seasons I’ve ever had and, if it were my last, I wouldn’t want this journey to end any other way.

I'll definitely be bummed not to see Lachey's moves in the ballroom anymore. But this does mean that the competition is going to get even fiercer going forward — which is always my favorite.