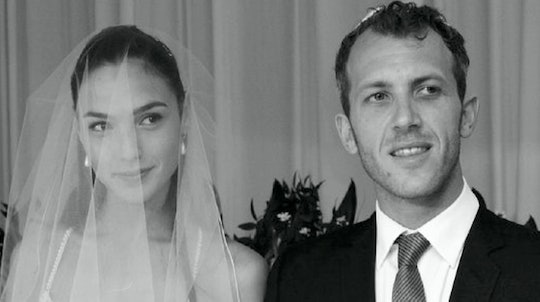 Wonder Woman was a huge hit at the box office this weekend, and actress Gal Gadot is getting rave reviews for her turn as the epic superheroine in her origin story. Now that she's getting some well-deserved recognition, people are also paying more attention to her personal life. It doesn't take much researching to figure out that Gadot is married to a man named Yaron Versano, and together they have two daughters, Alma and Maya. But what does Yaron Versano do? He's not an actor, and in fact isn't really involved in the movie industry at all.

According to Heavy, Versano is an Israeli real estate developer, and the couple is based in Tel Aviv. And he has reportedly been involved in some pretty major real estate deals. According to that site, in 2015, Varsano and his brother, Guy Versano, pulled off a huge deal with Russian billionaire Roman Abramovich. Israeli news site Globes reported in 2015 that Abramovich spent NIS 100 million (which is almost $26 million) to buy the Varsano Hotel from the Versano brothers. Not exactly chump change.

So it sounds like Yaron's main gig is in real estate, but what else has Wonder Woman's husband been involved in?

In an interview with Gadot, Glamour wrote that Versano is a "businessman," but "real estate mogul" pretty safely fits into that label. But it also sounds like he's a sounding board for all of Wonder Woman's frustrations related to the film industry. She described getting auditions and callbacks "over and over," but told Glamour that nothing seemed to be working out. She reportedly told her husband, "God, Yaron, maybe I should quit."

But it's a good thing she didn't. And it's a good thing she has such a supportive partner with whom she can share those career disappointments. Because while Versano may be a real estate businessman, he also has the honor of being a husband and father, and that's a pretty important job too.

When Gadot and Versano's second child, Maya, was born in March, Gadot posted a sweet photo to Instagram of the little family in the hospital together. She captioned it, "And then we were four... She is here, Maya. I feel so complete blessed and thankful for all the Wonders in my life #family #newborn #grateful"

Gadot clearly finds her daughters and her husband to be some of the greatest joys of her life, and it sounds like Versano feels the same way. Cheat Sheet reported that Gadot and Versano met on a yoga retreat, and Gadot told Glamour that Versano told her on their second date that he was already very serious about their relationship. Two years later, he proposed, and the two were married.

And although he may be a successful real estate businessman in his every day life, one of Versano's most important jobs is as Gadot's number one cheerleader. In July, he shared a Wonder Woman poster featuring his wife on Facebook, and captioned it very simply with one word: "Proud."

Versano is a real estate mogul when it comes to his career, but he's also clearly a "proud" husband every day to everybody's new favorite superhero.