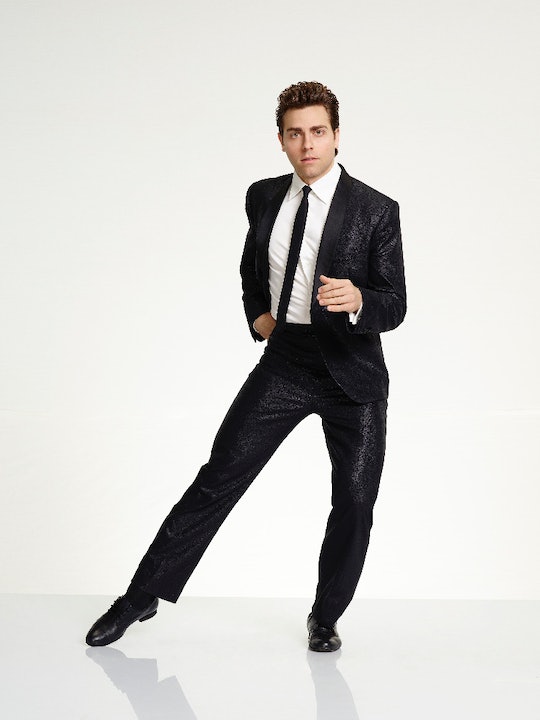 When the Dirty Dancing remake was announced, the first thing I was concerned about was the cast. The 1987 original is a classic and was a massive success on its initial release — and that's largely thanks to the stellar cast, particularly leads Jennifer Grey and Patrick Swayze. They captured hearts as Baby Houseman and Johnny Castle (respectively), making each of the characters pop culture icons. I'm sure I wasn't alone among Dirty Dancing fans who were concerned about new actors following up Swayze and Grey. In fact, many are probably wondering: What else has Colt Prattes been in?

According to Deadline's announcement about Prattes' casting as the new Johnny in ABC's reimagining of the classic (opposite Abigail Breslin's Baby), the dancer/actor was chosen for the role in early 2016 after "a very lengthy talent search." Interestingly, it seems that Prattes was chosen more on the basis of his skills as a dancer and performer — playing Johnny in the new Dirty Dancing is his first major acting role.

If the promo images and videos are any indication, he and Breslin have nailed the chemistry that made the original movie so popular. He's also got biceps for days, which certainly doesn't hurt.

According to the same Deadline casting announcement, Prattes first rose to public attention when he starred in P!nk's music video for her 2014 song "Try." He dances with the singer in the intense video, shirtless. (Trust me, it's worth a watch if you haven't already seen it.) He also performed with P!nk at the 2014 Grammy Awards, the 2014 American Music Awards, and on her The Truth About Love Tour.

Aside from his music video appearance and stage performances with P!nk, Prattes also starred in Las Vegas' Rock of Ages musical until February 2016 when his casting as Johnny was announced and, presumably, he needed to quit Rock of Ages to begin filming Dirty Dancing.

While some might raise an eyebrow at the fact that someone with relatively little acting experience is taking on the iconic role, here's a fun fact for you: Swayze also got his start as a dancer in the Eliot Felt Ballet Company in 1976, before an old injury ended his professional dancing career and he turned to acting.

There's no doubt that, out of the star-studded Dirty Dancing remake cast, Prattes is the newcomer among bigger names, including Breslin, Debra Messing, Sarah Hyland, and Billy Dee Williams. Hopefully, his dance skills (and maybe a little bit of swagger) will allow him to make this Johnny his own.