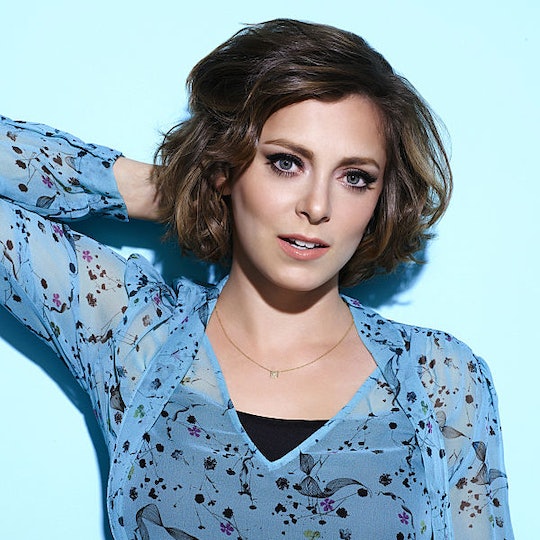 What Else Has Rachel Bloom Been In? The 'Crazy Ex-Girlfriend' Star Has An Impressive Resume

Everyone's favorite Crazy-Ex Girlfriend got a big honor today. Rachel Bloom was nominated for a Golden Globe for Best Actress in a TV Series — Comedy. She made her debut as Rebecca Bunch on the CW series in October, but what else has Rachel Bloom been in?

According to IMDB, Bloom did voice work for seven episodes of Robot Chicken between 2012 and 2015, voicing characters including Ariel and April O'Neil. She jumped into voiceover work after doing a series of shorts early in her career. Moms may recognize her as Breakfast Pastry and Chickpea from The High Fructose Adventures of Annoying Orange on Cartoon Network. She's also voiced several characters on the Netflix series BoJack Horseman, including Laura, Sitcom Writer and Sharona.

Bloom also has extensive credentials behind the scenes as well. She actually created Crazy-Ex Girlfriend with The Devil Wears Prada screenwriter Aline Brosh McKenna, and she serves as both a producer and a writer in addition to the lead actress. She honed her skills as a writer on 21 episodes of Robot Chicken.

Rachel Bloom is musically talented, too. Vanity Fair reports that Bloom's a graduate of New York University's Tisch School of the Arts, where she earned her B.F.A. in theater. After joining improv group Upright Citizens Brigade, she started producing viral music videos including "Historically Accurate Disney Princess Song" and "F*** Me, Ray Bradbury," which accumulated over 2 million views. It was all good preparation for the musical numbers on Crazy Ex-Girlfriend. According to the New York Post, Bloom performs alongside Broadway veterans Santino Fontana, Vincent Rodriguez III and Donna Lynne Champlin in the CW comedy.

Crazy Ex-Girlfriend chronicles the story of Manhattan lawyer Rebecca Bunch as she drops everything to follow an ex to California. The show has a 96 percent rating on Rotten Tomatoes, receiving high praise from critics (particularly for Bloom's performance.) Upon hearing she'd been nominated for a Golden Globe, bloom posted a selfie of herself beaming with the caption, "5am. Didn't wash my makeup off last night. Just heard I've been nominated for @goldenglobes."

Bloom's musical, marvelous take on a crazy ex is totally relatable (no matter which side of the relationship you've been on). Rebecca Bunch fell for Josh Chan; now the world is falling for Rachel Bloom.

More Like This
Keke Palmer Casually Drops Her Baby's Sex On Jimmy Fallon
Does The FDA's Plan To Limit Lead In Baby Food Go Far Enough?
Freeze! The Single From The New 'Bluey' Album Just Dropped
Marie Kondo Gives Up Tidying Post-Kids, Sparking Joy For Moms Everywhere
What Parents Are Talking About — Delivered Straight To Your Inbox