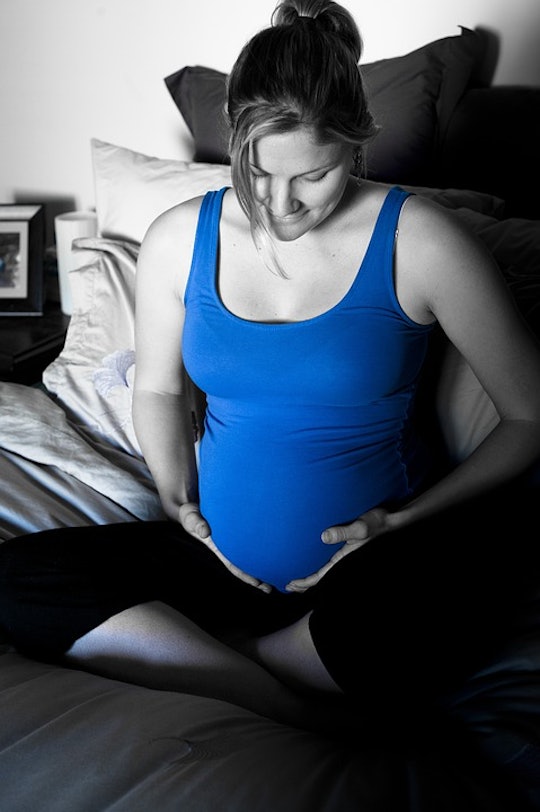 What Exactly Does It Mean To Be Induced?

After learning you're pregnant, you figure out pretty quickly that you're going to need more than stretchy pants and a body pillow to help you make it through the next nine months. One of the most helpful things you can do for yourself is to download a dictionary app ASAP, because pregnancy terminology is going to be hurled your way at lightening speed. It's helpful to know as much as possible since you can't be sure what your pregnancy will entail. For instance, you may have heard some talk of induction. But what exactly does it mean to be induced?

Once you've made it to the finish line of your baby's gestation, the focus is going to shift from your changing body to moving that baby out of your body. Delivery comes to the forefront, and with that comes the possibility of being induced. As Mayo Clinic explained, "labor induction — also known as inducing labor — is a procedure used to stimulate uterine contractions during pregnancy before labor begins on its own." It's likely your doctor will recommend induction for a few reasons. The most pertinent being if your health or the baby's health is at risk in any way, as the website for the American Congress of Obstetricians and Gynecologists, although a mother may elect to be induced if she has gone past her due date.

In order to get your body primed and ready to birth that baby, your health care practitioner will have options of how to get the job done. On of the least invasive methods, is known as breaking your water. According to What To Expect's website, the doctor will "break the bag of waters that surrounds your baby manually using an instrument that looks like a long crochet hook with a sharp tip." Even though it sounds a little medieval, it's been known to get the party started.

Most commonly, labor induction will take place using one of two medications. Pitocin is the pharmaceutical name for a drug that mimics the production of oxytocin, according to the website for the American Pregnancy Association. Since there is proof that oxytocin brings on contractions, this is a very common induction medication, given by IV drip. But if you'd rather skip the IV, ask for cervidil instead. Cervidil is a medication containing prostaglandin, a hormone which readies the cervix for labor, according to Parents magazine, and is given as a vaginal suppository.

Even though some pregnancy terms can sound peculiar — and let's face it, scary — understanding what they mean will give you peace of mind. Being induced is modern medicine's way of helping to move the childbirth process along. And if an induction is in your cards, you can feel confident that you know what to expect.