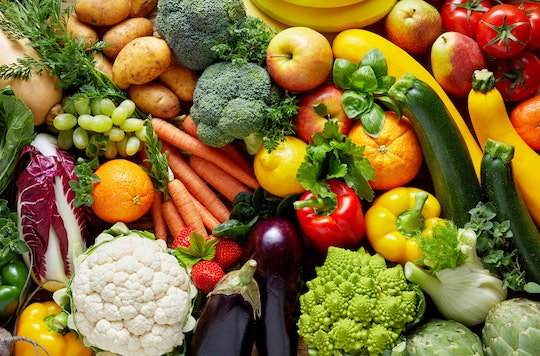 Breast cancer is the most commonly diagnosed form of cancer in women, making it a top health concern for many. To address this pressing issue, researchers conducted a study to figure out what foods can help prevent breast cancer. The findings, which will be presented at the American Society of Clinical Oncology meeting in June, revealed that a low-fat diet could lower the risk of dying from the disease.

The American Cancer Society estimates that "about 41,760 women will die from breast cancer" in 2019, while "268,600 new cases of invasive breast cancer will be diagnosed." These are scary stats, to put things mildly, but you can take some comfort in the research that's being done to help prevent this disease.

One researcher, Dr. Rowan Chlebowski, an investigator at LA Biomedical Research Institute at Harbor-UCLA Medical Center, led a study that analyzed data from the Women’s Health Initiative, a campaign that's sponsored by the National Institutes of Health. The WHI is a "long-term national health study that focuses on strategies for preventing heart disease, breast and colorectal cancer, and osteoporosis in postmenopausal women," according to the WIH's website.

Dr. Chlebowski's team focused on a group of "nearly 49,000 women who were randomly assigned to follow either a low-fat diet or a control diet for 8.5 years," according to TIME. The study started in 1993 (impressive, right?) and followed women in their 50s, 60s, and 70s over the course of 20 years. Each participant had never been diagnosed with breast cancer prior to the study, according to NBC News.

Between 1993 and 1998, the participants were "randomly assigned to one of two dietary groups" — one diet derived "32 percent of their calories from fat" while the low-fat group had a "target of 20 percent or less of calories from fat," according to WebMD.

Those who were assigned to the low-fat group — which emphasized on fruit, vegetables, and whole grains — stuck to the diet for 8.5 years.

The low-fat group wasn't able to hit the 20 percent mark, but managed to "cut fat intake to 24 percent after one year and about 30 percent after eight years," according to CBS News. As for the other group, their intake stayed relatively the same throughout this timeframe.

Researchers continued to track the group's outcomes for the next 12 years, data which Dr. Chlebowski's team recently analyzed. And what the study found is is pretty incredible — participants who stuck to the low-fat diet "20 percent less likely to die from breast cancer," according to The Washington Post.

Although 3,374 of the participants developed breast cancer during the trial (there wasn't a big drop in cases), the low-fat diet increased the chances of survival from the disease. Additionally, the women on "low-fat diets also cut their risk of dying from any cause by 15 percent," according to WebMD.

"This is the first randomized trial where breast cancer was an endpoint, and we've been able to show a reduction in deaths," Dr. Chlebowski said in a statement, according to NBC News.

The only caveat with this study? About 80 percent of the participants were Caucasian, according to WebMD. This is significant because "black women die from breast cancer at a higher rate than white women," according to Centers for Disease Control and Prevention (CDC).

That being said, this study is an exciting step forward for breast cancer prevention. Hopefully, this type of research concerning diet and its relationship to breast cancer is just the beginning.