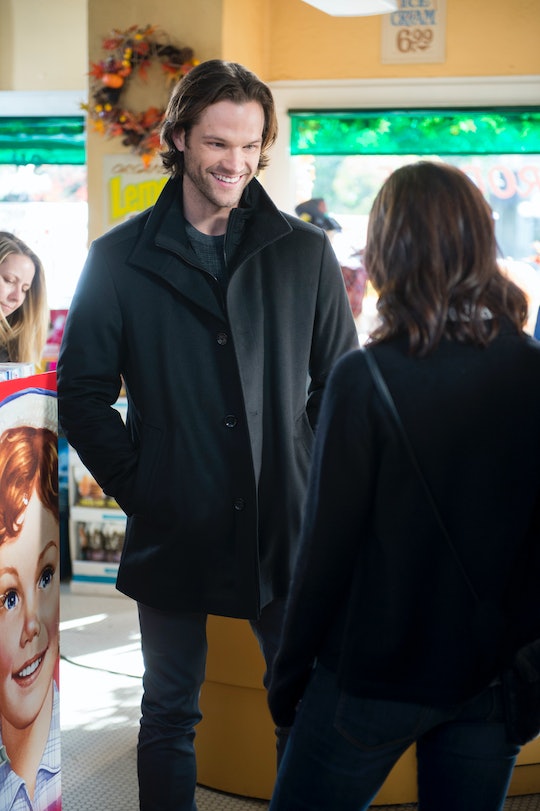 What 'Gilmore Girls' Revival Episodes Is Dean In? Jared Padalecki Shows Up Late

As great as it is to see many beloved Stars Hollow characters come back into our lives, fans were probably most eager to see Rory's three main exes, who were all scheduled to appear throughout the four-part Netflix series. And while Logan made his debut rather quickly, it took all the way until "Summer" for Jess to show up. But what about Rory's first real love, Dean? What Gilmore Girls revival episodes is Dean in? (Warning: This post contains spoilers from Episode 4 of the Gilmore Girls revival.) Well, if you're a huge fan of the character, then I'm sad to say that his time on the show is pretty brief. And by "pretty brief," I mean he was only in one short episode in the final installment titled "Fall." However, don't be too upset about it because the time he does have on-screen is very memorable and is guaranteed to make many Dean lovers thrilled.

In happened at Doose's Market, which is appropriate not only because Dean worked there for so many years, but also because that's where Dean and Rory shared their first kiss — which was immediately followed by her accidentally shoplifting corn starch. So having their brief interaction take place there was highly fitting, but that's nothing compared to the dialogue that also took place.

I won't give too much away in case you haven't quite gotten there yet, but let's just say that it is beyond sweet and will give you all the feels, regardless if you 'shipped these two as a couple or not. Dean was Rory's first boyfriend and that comes with a lot of memories and emotions attached to it, whether they were able to work out in the end or not.

But either way, don't you worry about seeing Dean. He may show up in the final hour of the installment, but he's there and it's so worth it. "Fall" was definitely a rollercoaster ride of emotions, but I wouldn't have wanted this particular scene to play out any other way.