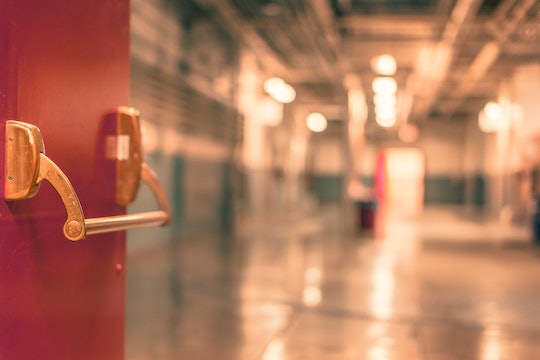 San Bernardino, California Police confirmed they responded to a shooting as social media Monday exploded wondering what happened at North Park Elementary School. The shooting at the school occurred at approximately 10:30 a.m. local time. The San Bernardino County Fire Department said on Twitter they were treating "multiple victims" at the scene. SBPD Chief Jarrod Burguan tweeted that preliminary information indicated four victims, saying two students were taken to the hospital. A spokeswoman for the school confirmed to the The Associated Press that one of the four victims was a teacher at the school.

The department also tweeted that a second alarm had triggered for a "MCI" at North Park Elementary School, which stands for "mass casualty incident." The fire department also tweeted that it sent six medical engines, one medical truck, and "multiple" ambulances to the scene. Maria Garcia, spokeswoman for the San Bernardino County Unified School District, told KTLA News that the two students, whose ages are still unknown, were transported to a local trauma center via MediVac helicopter.

Burguan tweeted, "We believe this to be a murder suicide. Happened in a class room" and that two adult victims died at the scene, thus bringing the total number of victims at North Part Elementary School to two adults dead, two students wounded. Tweets were a mix of frantic reports about the scene and calls for "prayers" as yet another school shooting struck the U.S.

Students at North Part Elementary School were being transported to nearby Cajon High School for safety, less than one mile away, according to the school district's website. Parents and guardians must present a photo I.D. to pick up North Park students from the high school.