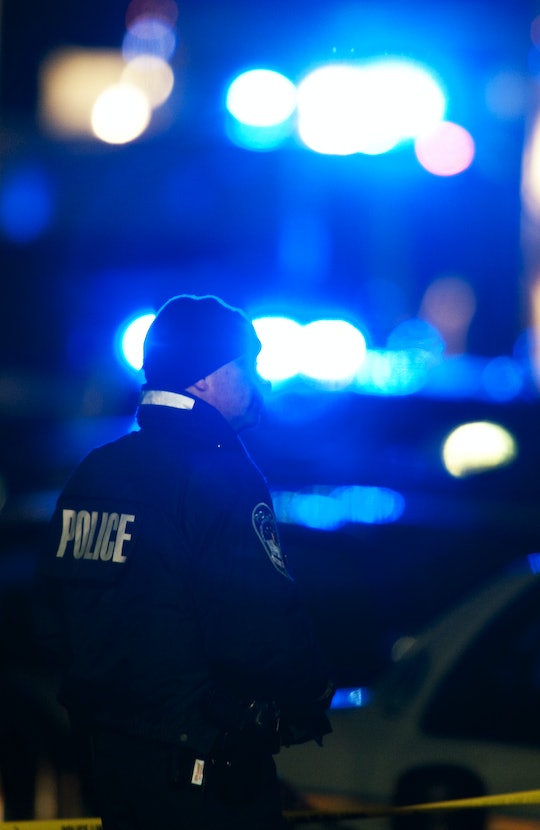 What Happened At UMass Amherst? Cautionary Measures Have Been Lifted

Concerning reports out of the University of Massachusetts Amherst on Thursday kept students holed up in their dorm rooms and classrooms. While the public wasn't completely clear on what had happened at the UMass Amherst campus, later eyewitness accounts and social media posts confirmed the possible presence of a "hostile" person. By Thursday evening, however, calls for students to remain sheltered in place had been cancelled.

At around 6 p.m. ET, local news outlets reported that the university had sent text alerts to students and professors, letting them know that a "hostile, armed person" had reportedly been spotted near Pierpont Hall in the Southwest residence area of campus. According to MassLive.com, the individual had "shown" a handgun, but had not opened fire. Security described the suspect as "a white male wearing a dark colored shirt" with a gold chain. Later messages described a second individual involved in the incident as being a white male wearing a gray sweatshirt.

"UMPD has secured a perimeter," one text message read, according to a student who had posted a screenshot of the messages to their personal Twitter. "[We are] interviewing witnesses and continuing to investigate."

Video footage posted by another Twitter user on the Amherst campus contained an audio message being played over what seemed to be a loudspeaker system. "Emergency — hostile intruder alert," the message cautioned. "Wait for further instruction."

According to The Boston Globe, Pierpont Hall is a campus residence for first year students. According to the news outlet, one student was passing by the scene where the incident was underway when she heard popping sounds and police reportedly yelling through a megaphone at one of the suspects. "I heard [...] someone saying, 'This is the UMass police. Drop your weapons,'" said Celina Abundis, a second-year graduate student. "

Another student confirmed that he had heard similar "popping" noises nearby and fled to his dorm room seeking safety. "We got out of there because we had no idea what those [noises] were," student journalist James Villalobos told The Globe, adding that he had seen "two fire trucks, an ambulance, and a few police cars."

By 7:13 p.m. ET, all precautionary measures had been called off. MassLive.com reported that the university had encouraged students, faculty, and staff to "resume normal activities."

According to a Globe reporter, neither state nor local police were involved in the incident. University security had not released any further details at press time.