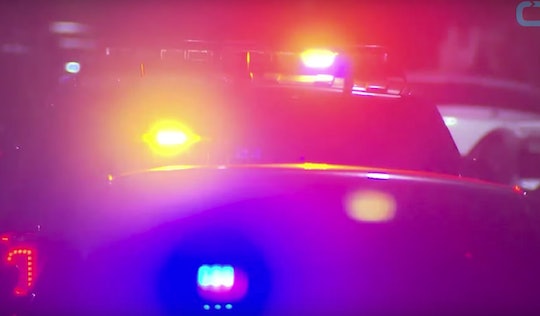 A man suspected of killing eight people has been arrested but no charges have been filed as investigators work to determine what happened in Mississippi Saturday night, according to the Associated Press. Preliminary reports reveal that one man allegedly visited three separate residences in the rural county of Lincoln, shooting and killing a total of eight victims as he moved from place to place. A sheriff's deputy was revealed to be among the dead, and a local newspaper posted a video of the suspect delivering a chilling admission on camera: that he had intended to to incite law enforcement officials to kill him, or commit "suicide by cop."

"I ain’t fit to live, not after what I done," the man, identified by The Clarion-Ledger as 36-year-old Corey Godbolt, says into the camera in the video the paper published to its website early Sunday. As he spoke with the newspaper, he was sitting on a roadside surrounded by law enforcement officers, hands cuffed behind his back. Although Mississippi Bureau of Investigation spokesman Warren Strain told the Associated Press that it was too soon to discuss motive for the deadly series of crimes, an almost unnervingly calm Godbolt says in the video that he never meant for the sheriff's deputy to die as he described the scene.

"My pain wasn't designed for him. He was just there," Godbolt says in the video, apparently referring to the deputy, who had arrived at one of the homes after neighbors called authorities. He goes on to explain his version of what happened, stating that he was talking to his wife and some of her family members around the time of the final round of violence, according to The Guardian.

I was having a conversation with her stepdaddy and her mama and her, my wife, about me taking my children home. Somebody called the officer, people that didn’t even live at the house. That’s what they do. They intervene.

They cost him his life. I’m sorry.

Godbolt said that someone inside one of the homes had shot him as authorities took him into custody Sunday, according to USA Today. He was treated for the injury on the scene, but what he says in the video interview indicates that would have preferred to die. In the video, he's asked what's next for him. "Death..." he answers. "My intentions was to have God kill me. I ran out of bullets. Suicide by cop was my intention."

Details about exactly what happened, and why, are still scarce. Most of the victims' names have not yet been released, but The Daily Leader reported that the deputy was 36-year-old William Durr, who worked for the Lincoln County Sheriff’s Office for two years after serving the Brookhaven Police Department for four. His body, along with those of three female victims, was reportedly discovered at a home in Bogue Chitto. In addition, two boys under the age of 18 were killed in a home in nearby Brookhaven; a man and a woman were killed at another Brookhaven home. Godbolt reportedly took a hostage as well, and that 16-year-old is safe.