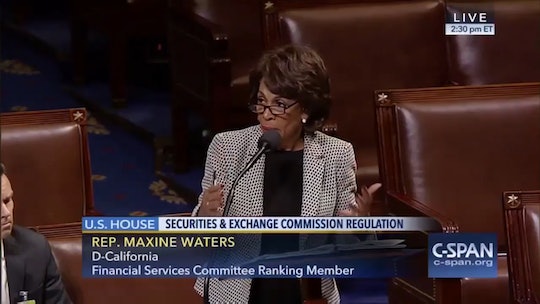 If you watch C-SPAN long enough, something interesting is bound to happen. Today, for instance, viewers got an unexpected surprise when online video coverage of Congress abruptly cut to a live feed of the Kremlin-backed news channel Russia Today (RT) for nearly 10 minutes. The sudden switch to the Russian network has many wondering: What the heck happened on C-SPAN today? The public service television network is reportedly conducting an internal investigation into the incident and is treating the interruption as a possible technical issue that happened internally.

"This afternoon the online feed of C-SPAN was briefly interrupted by RT programming," C-SPAN said in a statement on Thursday. "We are currently investigating and troubleshooting this occurrence. As RT is one of the networks we regularly monitor, we are operating under the assumption that it was an internal routing issue."

If you’re not a journalist covering a congressional hearing, a political junkie, or just someone who happened to be watching the broadcast online, then you probably missed the moment when Rep. Maxine Waters was cut off while she was speaking about the importance of the Securities and Exchange Commission at about 2:30 p.m. on Thursday afternoon.

Fortunately, a handful of people were watching at that moment and Tim Burke, a senior editor at Deadspin.com, recorded the moment when C-SPAN suddenly switched to the English-language network funded by the Russian government and posted the video on Twitter. Watch for yourself below:

While an investigation into the interruption is underway, some users on social media are skeptical about what the implications behind abrupt switch might mean or represent. After all, RT is the Russian television network "that has been accused of helping its government interfere in the American election," according to The New York Times.

One user on Twitter wrote that it was "unusual" while another called it a "straight up hack job."

Another tweet asked if the interruption was "a practice run for Jan. 20 post-inauguration" airing of unverified and alleged reports that Russia has videos of President-elect Donald Trump containing explosive and comprising material, which also claim that Russian intelligence agencies have had it in their back pockets as a form of blackmail.

Trump called the reports "fake news" in a tweet. Then at a press conference on Wednesday he said it was "a disgrace that the information was let out" and "sick people put that crap together."

Hopefully — for the sake of security and comfort for many concerned Americans — the sudden interruption does prove to be just a technical glitch on C-SPAN's part. But, until an investigation can verify that, it's understandably hard to ignore the coincidental timing and bothersome factors involved.