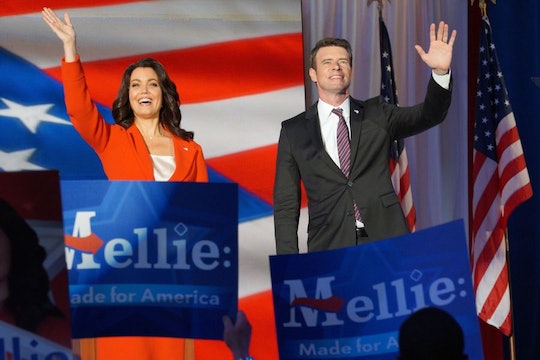 Refresh Your 'Scandal' Knowledge Before Season 6

After an extra-long hiatus, Scandal is finally returning for its Season 6 premiere on Thursday, Jan. 26. Although it was basically B613-style torture to make us wait this long for a fully reinstated TGIT lineup, I have a sneaking suspicion that Scandal Season 6 will so powerfully intersect with the real-life 2016 election that it would have been too intense to watch the two play out side by side. I say this because the Scandal universe is in its own "election year," complete with a Republican candidate based on Donald Trump. So what happened on Scandal Season 5? Here's a brief rundown of what Pope and Associates (and the White House) have been up to.

In short, pretty much every side character on the show is either running for president or is on the ticket as vice president after an arduous primary season. Olivia and Fitz are no longer an item, and her storyline about terminating a pregnancy without consulting her partner in conception (uh, the President of the United States) made waves off-screen. Of course, it was also a bold move to depict a woman who doesn't need anyone's permission to make choices about her own body — even if he is the president. And after five seasons of will-they-or-won't-they, perhaps Liv and Fitz can get through one single season without falling back into each other's arms (read: back into bad habits). Here's what else went down last season.