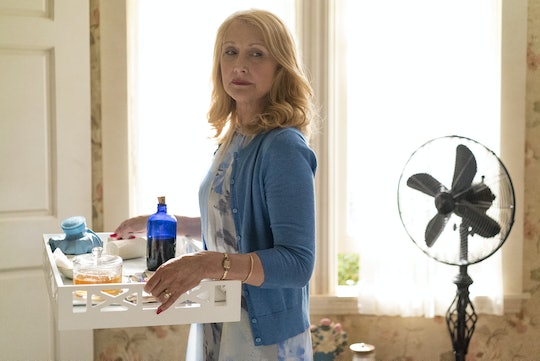 Camille's Sister Marian Is Integral To The Mystery On 'Sharp Objects'

The past has been haunting Camille Preaker since the first episode of HBO's Sharp Objects. Stepping back into her childhood home has brought up all of her childhood trauma, including the death of her beloved younger sister Marian. In "Dirt" Camille tells her mother Adora that they never really recovered from Marian's passing, but book readers know there's more to the story than that. But finding out what happened to Camille's sister Marian on Sharp Objects is a major spoiler for those who haven't read the book, so proceed at your own risk.

Warning: spoilers ahead for the Sharp Objects novel!

In the show and the novel upon which it was based, it's clear that Camille was devoted to her little sister. Marian was the one thing both Camille and Adora could agree on: they loved her desperately, but in very different ways. Camille is emotionally destroyed by Marian's death, and it seems to close the door between her and Adora forever. In flashbacks to Marian's funeral, Camille seeks comfort from her mother and is rejected; it's not long after in the book that she begins to self-harm.

But the show is less explicit about how Marian died, at least in the first two episodes. She suffered what might have been a seizure, but Marian's relentless illness is expounded upon in more detail in the book. She was so young but she was sick all the time, in and out of the hospital when she wasn't laid up in her bedroom at home. Eventually her inexplicable illness killed her.

Illness seems to follow every member of the family. Third daughter Amma is also often sick, with Adora once again stepping in as caretaker. But the show so far has been unclear about what, precisely, the illness was that killed Marian in the end. There's no mention of a specific disease like cancer, and there's no real talk of hospitals. The only thing that is clear is that her death is still deeply painful for both Camille and Adora.

But if you think the manner of Marian's death is insignificant, think again. It eventually comes out exactly why Marian died and how, but it takes Camille a long time to figure out what it was.

Of course, this is only one part of the mystery that drives the delightfully spooky Sharp Objects. The other is who exactly killed Natalie Keene and Ann Nash? Camille is determined to figure the whole story out, as well as deal with the oodles of emotional baggage that comes with being around her very difficult family. Ann and Natalie were murdered, while it appears that Marian died of natural causes. But could their deaths be related in some way?

Book readers know that no one in Wind Gap is exactly as they seem, and no one is to be trusted completely. Anyone watching the show is going to need to keep a very close eye on everyone involved, even the characters that might seem to be the most innocent.