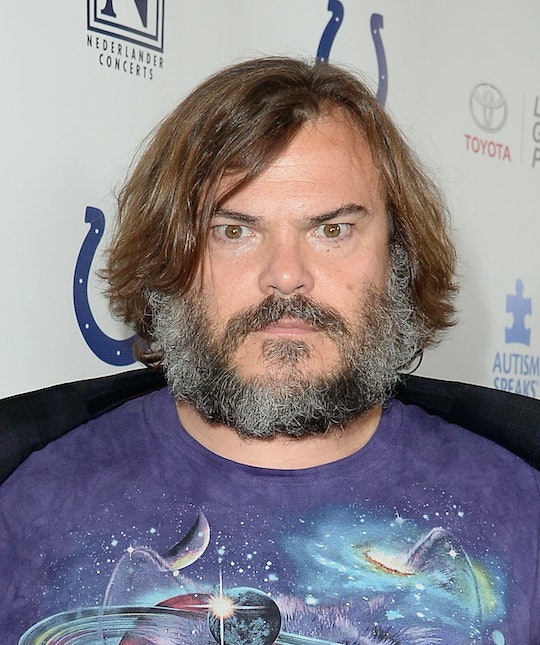 While you were sleeping (or maybe awake and well depending on what part of the world you live in) another celebrity fell victim to an internet death hoax. Fans of Jack Black awoke on Saturday morning to find the actor's name trending on Twitter. This led many to ask the question — what happened to Jack Black?

More Like This
Here's Everything We Know About 'Black Panther: Wakanda Forever'
Every Adorable Photo Of Prince Louis
Josh Duggar's Family Has Spoken Out As He Faces Child Pornography Charges
These 35 Photos Of Prince William & Kate Middleton Are As Close To Royal PDA As It Gets

Well, lucky for us, Black was only the victim of a Twitter death hoax. Unfortunately, the hoax left many people confused, wondering what was the truth and what was just a harmless prank.

It started out with a pretty convincing tweet, from the Twitter account of @RealTenaciousD. In addition to Black's career as an actor, Black is also a musician, as one part of the comedy rock duo, Tenacious D. You also might remember Tenacious D from their 2006 film Tenacious D in The Pick of Destiny. Therefore, when something gets tweeted out from their account, it is kind of official...because it is their official account.

So, when the account tweeted that Jack Black had died, many people across the internet took the hoax seriously — as one probably should. However, the account had been hacked and the hacker shortly revealed themselves later, but not after leaving many fans upset and confused.

And I can see why fans would get confused. At that early in the morning, with such a bleak tone used in the tweet, it comes off to be incredibly serious. However, the hacker realized what he had done and revealed it was a prank, trying to get more followers to his account in the process.

Sorry, bro, but your prank was pretty serious and upset a lot of people. It is one thing to have fun hacking an account but it is another to spread such an awful rumor. Lucky, Tenacious D guitarist John Konesky confirmed that the account had been hacked and the rumor was a hoax.

And luckily, musician Diplo had posted a photo of Black on his Snapchat later in the night on Saturday, giving photographic proof that Black was alive and well.

But the confirmation of the hoax must not have reached a lot of Twitter. As many were still confused about whether or not Black had truly passed away.

But once the hack was confirmed to be just a hack, more fans were upset than anything as to why someone would joke around like that.

Unfortunately, Black was just a victim of another celebrity death hoax in 2016. Even though Twitter is a great tool for breaking news, it can also be a not-so-great tool for reporting the facts. Facts like the not-so-true death of Jack Black. Luckily, your Sunday can be much better now knowing that Black is not dead.