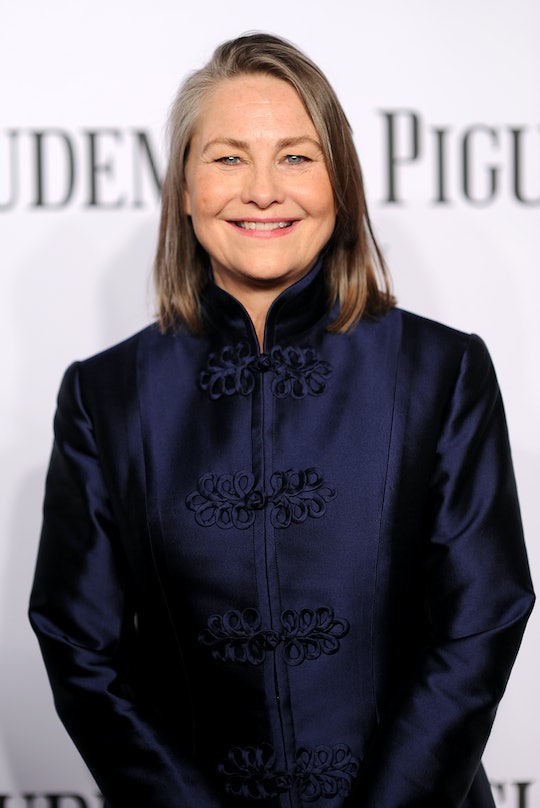 'The Handmaid's Tale' Introduced A Pivotal Character In June's Life

The third episode of The Handmaid's Tale Season 2 is punctuated by June's memories of her mother, Holly, a woman who had a profound impact on her both in the original Margaret Atwood novel and its Hulu adaptation. They were separated when the Republic of Gilead took over, and finding out what happened to June's mom on The Handmaid's Tale brings home another chilling reality of life under this totalitarian regime.

Most of the flashbacks in "Baggage" occurred before the takeover and set up the dynamic of Holly and June's relationship. Holly was a strident feminist as well as a doctor who performed abortions, something that wasn't only forbidden but criminal under the new government. Holly loved June but her expectations could be crushing, too; she was critical of June's choices because she didn't want her to settle. She wanted June to take advantage of her full potential. She pushed June to fight because she herself was a fighter.

But while most of the flashbacks were of a distant, more familiar time, there was one notable scene post-Gilead that revealed what happened to Holly. While in the Red Center, the prospective handmaids were subjected to another of Aunt Lydia's speeches about how the world had been destroyed. This time it came complete with projected slides of the environment and pollution. On one of those slides was Holly.

It was just a quick flash, but Holly appeared to be working in the Colonies, taking a large bag of some kind from a truck. It didn't look like the same toxic wasteland where Emily and Janine were condemned to live out the rest of their lives, but somewhere brighter and more agricultural. Still, later Moira remarked that Holly's time at the Colonies would likely go quickly, implying that she would die before long. June wasn't so sure; her mother was too tenacious. The same fate awaited June's mother in the novel and June discovered it in the same way, though the show expanded the backstory.

There were a few more details to be gathered from June and Moira's conversation. Moira expressed surprise that Holly was discovered when the clinics had destroyed all the abortion records and June added that she'd told her mother that what she was doing wasn't safe. It seems as though Holly may have continued to provide abortions to women who wanted them after Gilead was established, which would have been incredibly risky. Even doctors who performed abortions before the takeover were hung, as viewers saw in Season 1. If Holly continued to do so after then she was truly in danger.

Holly definitely seemed like the kind of person who would violate the unfair and misogynistic laws of Gilead to do what she thought was right. Unfortunately, in a cruel place like that, those actions resulted in her being declared an Unwoman and shipped off to labor until she died. But June knew that even in the face of such horrors her mother wouldn't be defeated and it inspired her to take her life in her own hands by trying to arrange her rescue. It also helped June come to terms with what she viewed as her abandonment of Hannah. She had to leave her daughter behind for her own safety and making peace with her difficult relationship with her mom helped forgiveness from Hannah seem like a possibility.

What happened to June's mom was tragic, but it gave greater significance to June's story and helped the audience understand where she was coming from even more. It also gave her the push she needed to make a painful choice, even if it wasn't one that worked out.