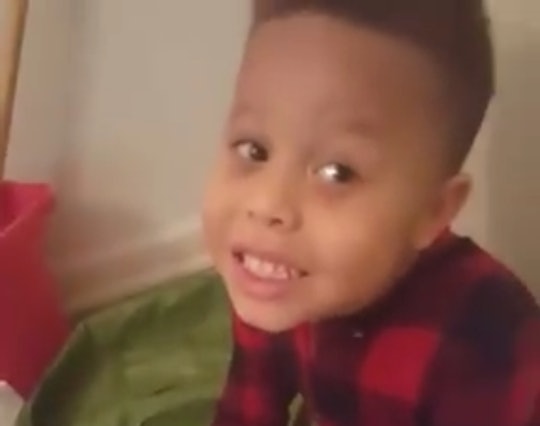 What Happened To Korryn Gaines’ Son? He Was Taken To The Hospital

After an hours-long standoff on Monday, Baltimore County police fatally shot Korryn Shandawn Gaines, a 23-year-old woman from Randallstown, Maryland. Not much is known about what happened to Korryn Gaines' son, who was also shot during the incident. Gaines reportedly held the 5-year-old hostage in their apartment while threatening officers with a long gun, according to the Baltimore Sun. The boy was taken to hospital and expected to survive.

According to the county's official website, three officers arrived at Gaines' home around 9:20 on Monday morning in order to serve arrest warrants on both Gaines and an unidentified man. The man was wanted for assault, and Gaines had a "failure to appear" bench warrant for disorderly conduct and resisting arrest charges. After the couple refused to answer the door, police obtained a key from the landlord. When they opened the door, they found Gaines sitting on the floor with her son in her lap, pointing the gun at the officers. The man attempted to flee with a 1-year-old, and was apprehended. The officers called for backup, and attempted to negotiate with Gaines into the afternoon. Disturbing videos posted to Gaines' Instagram account show brief scenes of the tense situation.

Gaines' unidentified son sits on the floor in his pajamas, playing with Play-Doh, seemingly not grasping the severity of the situation. While an officer can be heard in the background asking her to step out, Gaines prompts the boy, "What are they trying to do?" His heartbreaking response: "They trying to kill us?" Gaines captioned the video, "My son is not a hostage. He wants to be here in his home with his mother."

During the nearly six-hour standoff, Gaines reportedly pointed her weapon at the officers multiple times. Around 3:00 p.m., according to Baltimore's ABC 2, Gaines again pointed the gun at an officer, and said, "If you don't leave, I'm going to kill you." It was at this point that the officer fired at Gaines, and she returned fire. The officers were unharmed, but Gaines was struck multiple times and died at the scene. Her son was struck in the elbow. At this time, it's unclear whether the child was shot by police or his mother, but he is expected to recover. It's also not known where the boy will go once he's released from the hospital, or what will happen to the younger child.