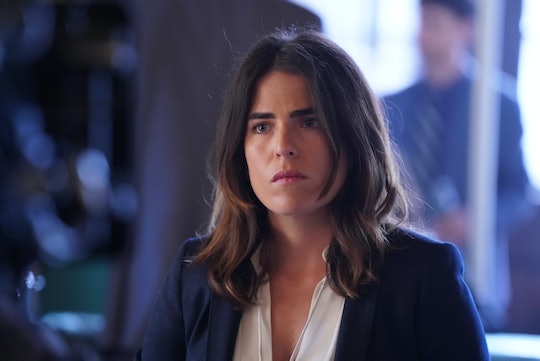 In the Season 4 premiere of How to Get Away With Murder, Laurel revealed that she was planning on keeping the baby she conceived with Wes before his death. However, when a flashforward showed Laurel in a hospital bed looking not very pregnant at all when she should have been seven months along, both she and the audience needed to know the same thing: what happened to Laurel's baby on How to Get Away With Murder?

Laurel figured out that she was pregnant in Season 3, but deciding what to do about it was especially difficult because of the circumstances. The pregnancy was unplanned and Laurel wasn't at all prepared for it; having the baby would be a daunting prospect, particularly because she was still in school. However, she was also still grieving the loss of Wes and the pregnancy may have felt like her last link to him.

Ultimately, Laurel chose to have the baby, but the situation wasn't going to be simple — few things are on How to Get Away with Murder. She had learned the truth (or at least she was pretty sure she did) about her dad's involvement in Wes' murder and she was out for revenge, though whatever she was planning may have contributed to her ending up in a hospital bed in the flashforward.

Laurel spent the episode playing nice with her father, though it was obvious that spending time with him was painful for her. She may have been acting like everything was fine, but she was actually keeping more than one secret from her dad. She didn't let him know that she was still living in Wes' apartment and she even lied about the baby, claiming she had already gotten an abortion. When her father texted her later that night, Laurel continued to keep up the facade so she wouldn't make him suspicious, but her real feelings weren't hard to figure out.

Laurel knew that her dad was involved in Wes' death, but she appeared to be biding her time until she could make her move. Though she really wanted to ask him why he killed Wes, instead she just pretended nothing was wrong. Laurel might still be working out what her next step is, but regardless of what she's planning, something major is about to happen. In one timeline, Laurel was four months pregnant, but three months later everything had changed.

In the first of what is sure to be many time jumps, Frank walked through hospital hallways until he found Laurel, unconscious. She woke up quickly but she only had one question on her mind. When she touched her stomach and realized that she did not appear to be pregnant any longer, she started screaming for her baby, wondering where her child was. Frank didn't answer, too busy trying to calm her down, but it seems like the fate of Laurel's child will be the question of the season.

If Laurel expected to be pregnant when she woke up, then it seems like her pregnancy continued normally for at least a few months, despite whatever revenge plots she was brewing. Unforeseen events could have led to a miscarriage; Annalise also suffered a late term miscarriage, so the show could be purposefully repeating history with Laurel. Then again, Laurel's baby could have survived if she gave birth prematurely. The child might just be in another part of the hospital. However, there is another possible outcome, and it's one that is much darker. There is a chance Laurel's dad kidnapped her child, especially if he continues to be a problem throughout the season.

But it's impossible to say. Right now, viewers know next to nothing about what will happen over the course of Season 4. Any outcome feels plausible this early in the game and with How to Get Away with Murder, you never really know what's coming next. That's part of what keeps audiences tuning in from week to week. No one knows what happened to Laurel's baby yet, but that answer will surely be revealed soon.