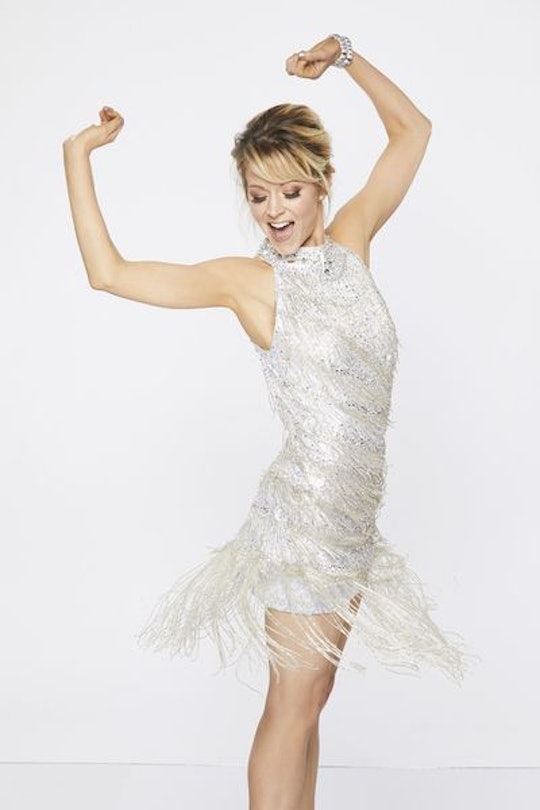 Just when I was ready to call it that Lindsey Stirling was a shoe-in for the finals on Dancing with the Stars, she seemed to have hit a little (huge) hiccup that could possibly derail her chances. What happened to Lindsey Stirling on Dancing with the Stars? Her injury has been causing her some problems, and I'm worried it's going to get worse as the weeks go on. In her video package on Halloween Night before the performance, Stirling revealed that she had suffered a rib injury the previous week that was seriously impairing her ability to rehearse.

The week before the Halloween-themed dance, Stirling got her first perfect score for her Sci-Fi themed Argentine Tango with partner Mark Ballas. One of the judges, Bruno Tonioli, went so far as to declare it the best dance of the season. And watching it back, I have to say that I agree. What viewers didn't see, however, was that during the dress rehearsal for that performance, Stirling injured her ribs, which continued to give her problems the whole time she was rehearsing for the next performance. The video package showed her in tears because she was just trying to rehearse and couldn't because she was in so much pain.

TMZ reported that Stirling had suffered a blunt rib injury and possible separation and had to be taken to the emergency room during her rehearsals. If the injury was serious enough she would have to withdraw from the competition altogether. That would have been a terrible loss to the show, to Stirling, and to me personally because she has become my favorite in the competition and I secretly want her to nudge Jordan Fisher out of the top spot.

Incredibly, Stirling did not let the injury stop her, and she took to the dance floor on Halloween week to dance her Paso Doble to her very own song, "Roundtable Rival." Though she did not top her perfect score from the week before, the judges were incredibly impressed with her stamina and her commitment to the performance. When host Tom Bergeron asked her how she was doing immediately after the performance she admitted, "I'm in pain," adding "the Paso Doble is a beast." I think Carrie Ann Inaba spoke for all of us when she said the Paso Doble isn't the beast "you are the beast."

The judges went on to commend Stirling for sticking to all of her movements. "You came out with attack and aggression," Len Goodman said, while Bruno Tonioli praised it as "ambitious." They all mentioned the speed of the dance as well which was, indeed, amazingly fast. But of course the most touching compliment came from her partner, who seems genuinely impressed with her drive and her commitment to powering through. "She crushed it. She's a tiger, she's a true warrior," Ballas said. I have to admit that I could not agree more with this assessment. If it had been me, for example, I would probably be on the floor saying, "This just isn't worth the pain." But then again I'm a big baby.