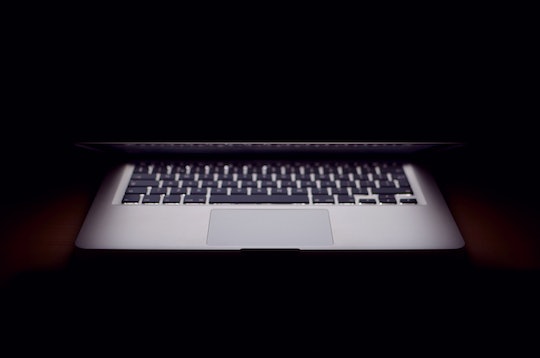 What Happened To Nia Green’s Mother? No Charges Have Been Filed

Facebook Live makes it surprisingly easy for traditionally private moments to gain a massive internet audience. In July, teenager Nia Green's mother physically punished her for posting a photo of her and her boyfriend on Facebook. The beating was live streamed through Green's Facebook page; though it was later deleted, it's gone viral on YouTube. After the video began to circulate online, many viewers questioned whether the punishment was appropriate; others questioned whether the violence shown in the video was legal. What happened to Nia Green's mother? It appears as though no charges have been filed, according to The Washington Post, but it is possible that further investigation will reveal the need for charges to be filed. Romper reached out to Nia Green for comment and has not yet received a response.

Green's mother, Shavania Miller, reportedly decided to punish Green after seeing her daughter's boyfriend pictured on Green's Facebook page wearing nothing but a towel, Good Housekeeping reported. Miller used Facebook Live to broadcast to followers of Green's page, beating Green on camera and yelling at Green for sharing information about her sexual activity online. She ended the video by saying, "Now I'm gonna need y'all to send this viral. Please share this because I'm not done. More to come." CNN included some of the footage from the video in its report, which you can watch here; please note that the video is disturbing.

On July 24, Miller posted a message to Green's Facebook profile:

Two more Facebook posts appeared on Green's page later that day, one saying that Green did not commit suicide and the other saying that a page on GoFundMe created for Green "is fake." Later that night, a longer message appeared on the page:

Savannah-Chatham Metropolitan Police Department spokeswoman Darnisha Green told The Washington Post that there have been no charges filed against Green's mother. In response to individuals sending the video of the incident to the police department, the special victims unit reached out to Green and Miller. Darnisha Green said, "Although the daughter said she felt safe in the home, the case has been referred to the Department of Family and Children Services." It is still possible for Miller to be charged if authorities determine there is sufficient evidence to suggest criminal activity.

Child abuse laws vary by state, according to TIME; not all states condemn the same kinds of corporal punishment. In any state, parents are permitted to hit their children; but depending on where parents live, the way they hit their child could constitute abuse (for example, using a closed fist in Delaware). Often, the law relies heavily on interpretation; courts generally get to determine when a parent crossed the line. For now, Green's mother seems to have avoided legal consequences, but the repercussions of the video continue to build for both mother and daughter.