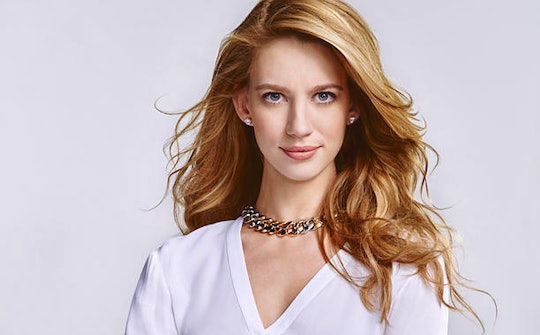 What Happened To Petra On 'Jane the Virgin'? Her Twin Betrayed Her

Just like a telenovela, Jane the Virgin had a twin twist and it definitely caught fans by surprise. During the second season Petra's long lost twin, Anezka, surprised Petra when she showed up on Petra's doorstep. Unaware she even had a twin Petra was shocked, to say the least. However, once she discovered her mother, Magda, basically chose to keep Petra and left Anezka to fend for herself in the world when they were born, Petra took pity on her sister and invited Anezka into her home. Unfortunately for Petra, Anezka wasn't as kind as she seemed. So what happened to Petra on Jane the Virgin and will anyone be able to save her?

Petra's family has a lot of issues but once Petra's mom was put back into prison after killing Ivan it seemed Petra's life was on the right track. She had her twins with Rafael and she and Jane were even getting along. That was until Anezka showed up and basically ruined everything. Although Anezka seemed all sweet and innocent when she arrived it was later revealed that she was actually working with Magda to get revenge on Petra. It seems like Anezka is just being used to get back at Petra but Anezka also seems happy to ruin Petra's life.

In the Season 2 finale Anezka officially became Petra's evil twin when she drugged Petra and then dyed her hair brown so it looked like Petra was Anezka. Anezka then dyed her hair blonde so she would look like Petra. Then in a classic telenovela trope, Anezka pulled a switch, claiming "Anezka" had a seizure and left Petra in the hospital in a comalike state while Anezka left the hospital as Petra with Rafael. Taking things a step further, Anezka then slept with Rafael. Thankfully, Rafael's all out of sperm, otherwise we may have had more baby drama on the horizon.

It's unclear how long Petra will be stuck in this state that Anezka has put her in or what Anezka's overall plan even is. For now she just seems content to be with Rafael. Hopefully Rafael will be able to catch on to Anezka's scheme soon before it's too late.