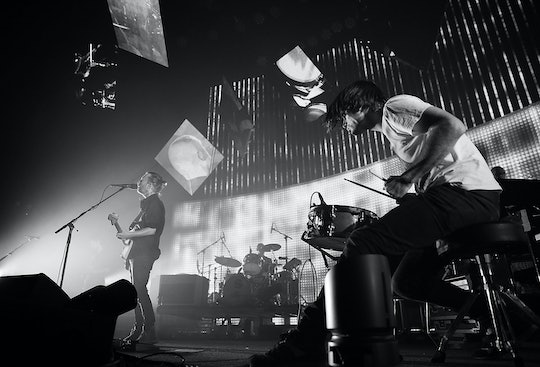 Radiohead is missing! From the internet, that is. Starting this morning, Radiohead’s internet presence began disappearing and, now, it is completely gone. A thread of Reddit users first noticed that Radiohead’s website and Twitter pages were disappearing on Sunday. The band’s website slowly decreased in opacity until it became a completely blank page (as it remains now). At the same time, all posts on Radiohead’s Twitter and Facebook pages have been deleted along with profile pictures and cover photos. Lead singer Thom Yorke’s individual pages are also blank. So what happened to Radiohead’s website and Twitter page?

Rumors are buzzing that the blank profiles are harbingers for the imminent release of Radiohead’s ninth album. We don’t know much about the band’s forthcoming album, but Yorke debuted two songs last year during a solo gig, “Silent Spring” and “Desert Island Disk”, that could be featured on the new record.

Radiohead is heading on a world tour in a few weeks playing their first live shows together since 2012. This hullaballoo about the new album could all be for nothing. The odd actions could be promoting that venture but many fans are holding onto the belief that all these signs point to a surprise album drop.

The band’s internet Houdini act comes only a day after several U.K. Radiohead fans received a mysterious leaflet in the mail. All of the fans had previously purchased items on Radiohead’s website. The flyers read: “Sing the song of sixpence that goes/ Burn the witch/ We know where you live.” That is a terrifying thing to receive randomly but, thankfully, the flyer had Radiohead’s signature bear logo embossed on it so fans knew it was from the band and not some mail-obsessed serial killer.

“Burn the Witch” is the name of a Radiohead song that was never released and dates back to about 2003. The lyrics supposedly include, “Sing a song of sixpence that goes/ Burn the witch.” These clues lead some to believe that the song could be included on the new album.

We also know, thanks to some resourceful Redditors, that in Germanic folklore April 30 and May 1 are known as Walpurgisnacht—or “Witches Night.” This could mean that the album is dropping this weekend OR it could mean that Redditors have way more time on their hands than the members of Radiohead and their PR team. Either way, fans should be on their toes watching for more clues in this Radiohead mystery to show up.