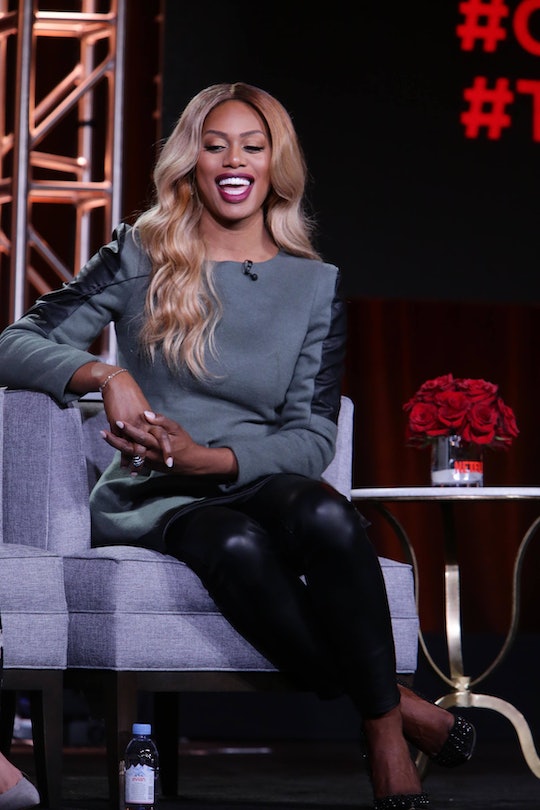 What Happened To Sophia On 'Orange Is The New Black'? Questions Were Left Unanswered

(Warning: This post contains spoilers from Season 4 Episode 6 of Orange Is the New Black.) There was one huge question that plagued the minds of Orange Is the New Black fans when Season 4 premiered. Was Sophia going to get out of SHU, and if so, what was going to happen to her? Well, if you're half way through the season, Sophia's fate is just as much of a question mark as it was before the season premiered. It's not that we haven't seen Sophia — her presence in SHU was touched upon in Episode 6 — but what was most concerning was the blood and condition of her cell that was revealed at the end of the episode. So, what happened to Sophia on Orange Is the New Black?

In the sixth episode of the season, Nicky is maintaining her custodial duties in SHU when she hears Sophia from her four-by-four solitary cell — which is a whole thing in itself. The two converse back and forth while Sophia begs Nicky to sneak in a blanket for her so she can sleep (something she desperately needs). Nicky, knowing the risk that would create, offers Sophia a magazine, and then leaves. That's the last we see of Sophia, as of Episode 6.

Except, there is way more to that story. While we didn't see Sophia, Nicky was asked to clean up the cell that Sophia was kept. The cell was — in a word — bloody. There was blood on the walls, there was blood on the floors. But there was no sign of Sophia. The magazine that Nicky had given Sophia was on the ground, so it's possible that Sophia could have used the staples, or something with the magazine to injure herself in order to get out of SHUT — or worse harm herself seriously.

It's hard to tell with Episode 6 where Sophia will end up. Was this a subtle death that will be revealed later in the season, or was this a situation that will eventually return Sophia to the rest of the inmates' holding? Until we find out, let's hope nothing bad has happened to Sophia.