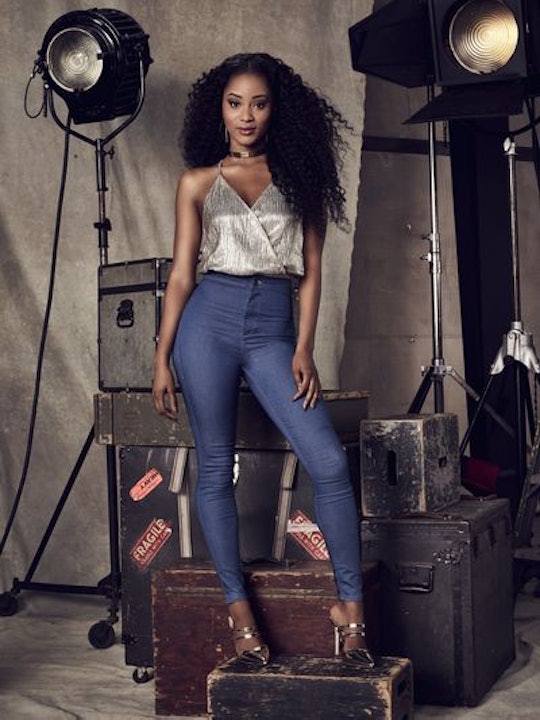 Tangey Turner's 'Famous In Love' Story Is A Mystery

Famous in Love is Pretty Little Liars executive producer I. Marlene King's newest series, so it shouldn't be all that surprising that the show also includes a bit of mystery. When main character Paige Townsen (played by Bella Thorne) gets her big break in a Hollywood blockbuster film, she quickly discovers fame isn't all it's cracked up to be. While dealing with her new fame, she also begins to uncover the truth about missing popstar Tangey Turner (Pepi Sonuga). So what happened to Tangey Turner on Famous In Love? Here's what we know so far.

The new TV show is based on the book series of the same name by Rebecca Serle, who is also a co-creator of the show, alongside King. As far as I can tell, Tangey and her disappearance was not part of the book series (at least not yet; there's one book left in the trilogy). According to the character's Famous in Love wiki page, before her disappearance Tangey was romantically connected to both Jordan Wilder (Keith Powers) and Rainer Devon (Carter Jenkins).

Of course, both Jordan and Rainer are now Paige's costars in her new movie. They're also probably going to be her two love interests on the show, as they were in the books.

As for Tangey, she's also listed as appearing in all 10 episodes of the first season, which seems to indicate she's probably alive, or fans will be seeing her a lot in flashbacks. Besides that, though, that's about all fans know about her so far. Viewers will just have to watch to discover the truth behind her mysterious disappearance. Thankfully, they won't have to wait for long. After Famous in Love premieres on Tuesday, April 18, fans can then binge watch the whole 10-episode first season on Freeform.com, the Freeform app, Hulu, and On Demand. Therefore, if you're really desperate to know what happened to Tangey, you can just make your way through the whole first season in one sitting.

Though fans may not know what happened to Tangey, they'll probably recognize her. Famous in Love isn't Sonuga's first Freeform show. She also had a recurring role on The Fosters last year. Additionally, she appeared on a few episodes of General Hospital, Filthy Preppy Teen$, and Ash vs Evil Dead. She has also appeared in the film Life of a King and the TV movie Cheerleader Death Squad. Additionally, you can see her in the film Under the Silver Lake, which is due out later this year.

Viewers can begin to discover the truth about what happened to Tangey when Famous in Love premieres on Tuesday, April 18 at 9 p.m. ET on Freeform.