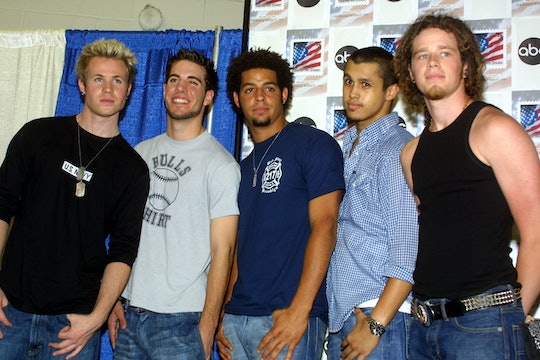 What Happened To The Boys Of O-Town? Some May Be Coming To A Concert Venue Near You

Think back to the heady days of 2000, and a little TV show by the name of Making the Band. The winners of this reality show went on to form the legendary boy band O-Town. For three beautiful years, the members of this group produced songs that live in the hearts of noughties kids everywhere. But what happened to the boys of O-Town, and where are they now?

First, a recap: O-Town's origins are more dramatic than you might remember. Their original manager, Lou Pearlman, is still serving a 25-year prison sentence for a Ponzi scheme he ran to the tune of a half-billion dollars, as explained by The Hollywood Reporter. And like many former reality stars, O-Town's original members Erik-Michael Estrada, Trevor Penick, Jacob Underwood, Dan Miller, and Ashley Parker Angel, have lived interesting lives long after the cameras stopped rolling. Whether you followed every episode of Making the Band with intense devotion or you still can't get "All Or Nothing" out of your head, catching up with the boys today is sure to be interesting. Who has branched out into an acting career, and who has performed in two Broadway shows? Spoiler alert: you just might be able to see some O-Town members on a reunion tour near your city very soon.