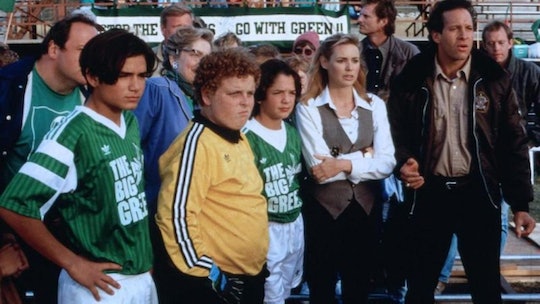 What Happened To The Cast Of 'The Big Green'? They've Done A Lot Off The Field

The '90s had some killer sports movies: The Mighty Ducks, The Sandlot, and Angels in the Outfield, just to name a few. But for soccer fans, no other flick compared to 1995's The Big Green. The plot was familiar: a scrappy team of misfits has to overcome their shortcomings to become champions in their sport. Even if you didn't wear out the VHS tape back in the day, the film is definitely worth a re-watch today for the nostalgia factor. But it makes you wonder: what happened to the cast of The Big Green, and what are they up to these days?

Whether you wanted to grow up to be an inspiring leader like Miss Anna Montgomery or you just nursed a serious crush on Nick Anderssen, it's fun to catch up with the team twenty years after their winning game. Who is still an active actor, and who's still involved in soccer? Their futures just might surprise you.

So dig out that VCR and share this intensely '90s film with your friends or kids. You can point out who's been in Law & Order, Gilmore Girls, or Killer School Girls From Outer Space. No joke: these updates may be more exciting than you might imagine.