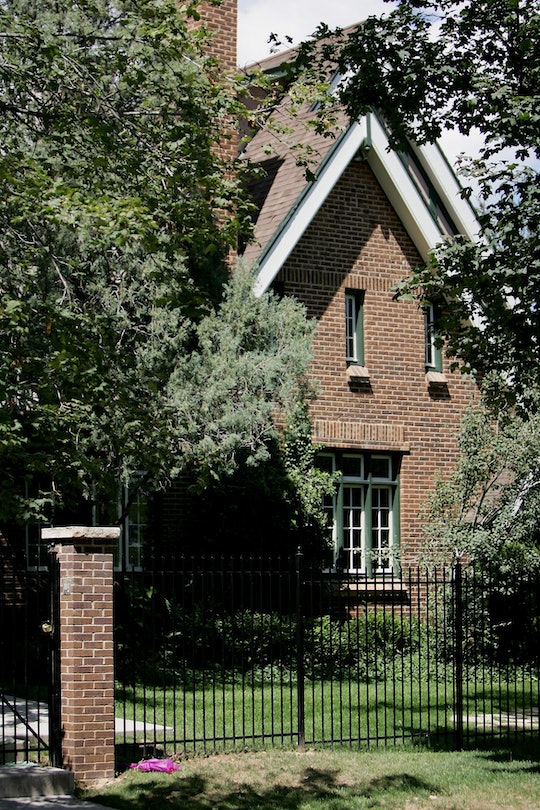 What Happened To The Ramsey House? It Was On The Market For Years

Two decades have come and gone since JonBenét Ramsey’s mysterious murder shook the nation. But the Boulder, Colorado house where her body was tragically discovered continues to fascinate the public with its hauntingly dark past. So, what happened to the Ramsey house? After the 6-year-old beauty queen was found bludgeoned and strangled to death in the basement of the five-bedroom house, the family reportedly never spent another night in the home and another family moved in.

In 2004, the Ramsey’s home was bought by the daughter of televangelist Robert Schuller, Carol Schuller Milner, and her husband Tim Milner. The couple, who had four children when they moved into the home, tried selling the home numerous times — which was the center of the infamous crime scene and long investigations that ultimately resulted in no convictions — but did not have much luck in the past eight years, with the most recent attempt in 2014.

Although the Milners had previously tried to sell the home that still gets plenty of curious passerbys, according to Colorado property records, they still own the more than 11,000-square-foot, 1920s-era home. According to Denver news website Westword, they originally put it on the market for $2.3 million, but after having no takers, they’ve since lowered it to nearly $1.2 million.

Schuller Milner told Romper that the Boulder home is currently her family's "full time residence" and it is not on the market at the moment.

Although some home buyers may be reluctant to live in a house where such a gruesome and tragic crime happened, Schuller Milner told Westword in 2014 that's not why they tried to sell the property — according to the interview, the couple had to return to California for various work projects at the time and hoped interested buyers would be able to look past the location of the tragedy with a different insight.

"Some people are making this a dark monument as opposed to thinking about the restoration that can occur after a tragedy," Schuller Milner said in the 2014 interview with Westword. She continued,

As a Christian, we have a different view on death. Death is not the last word, and God is not bound by death. I just don't believe it's in his character to abandon us, and that effects my ability to look at this house and see all the beautiful things about it.

Schuller Milner, a mother of now five children, most recently spoke about the home they've since remodeled from top to bottom in an interview with Inside Edition published on Sept. 7. "It is a wonderful place to live, it is home," she said.

She continued, "We had people come up to us and say there was so much happiness in the home. This means so much not only it’s so great you bought it and that you have kids and that there will be happiness there again and life there."

The original address of the home is reported as 755 15th Street, Boulder, Colorado. But the Daily Camera, a Boulder news website, reported the address is now 749 15th Street, which was perhaps done in an attempt to shift perception from the home's dark past — or perhaps for an entirely different, logistical reason altogether.

Numerous TV specials airing this fall will attempt to document the unsolved murder case. And even though it been 20 years since the young girl’s death shocked the nation, the cold case still draws in attention from the media and the public with hopes that there will be a long-awaited break in the case.

More Like This
Josh Duggar Sentenced To More Than A Decade In Prison After Child Pornography Conviction
Take An Exclusive Look At A Brand New, Four-Part Peppa Pig Special
'Top Gun: Maverick' Is More Tween-Friendly Than The Original
Meghan Markle Made A Sweet Little Tribute To Her Daughter Lilibet