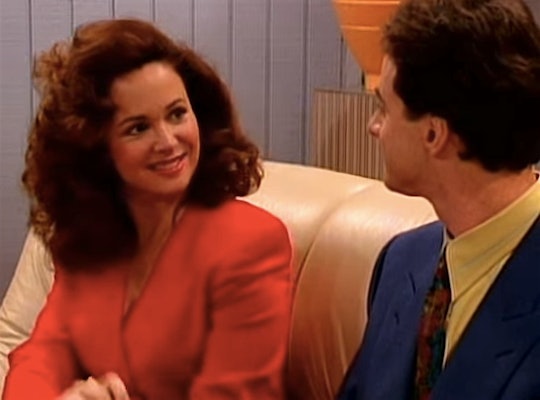 What Happened To Vicky, Danny's Girlfriend? She Left 'Full House' After Just A Few Seasons

While many of us remember Danny Tanner, Uncle Jesse, Uncle Joey, the “girls,” the twins, and Aunt Becky, few of us remember the guest characters — those members of the Full House family who only appeared for one episode, or in one season. But with anywhere from eight to 10 main characters (and up to 11, if you count Comet the dog) it is easy to understand why. However, one you may recall is Vicky Larson, Danny’s girlfriend and, later, fiancée (from Seasons 5 through 7). But whatever happened to Danny’s girlfriend, Vicky?

Danny and Vicky met on Wake Up, San Francisco. (Vicky was filling in for Aunt Becky, who was out on maternity leave.) Despite a rocky start, shortly after meeting, the two began dating and fell in love. Just when it it seemed Vicky may become a part of the Tanner clan, life happened: i.e. Vicky was offered a news position in Chicago which, according to the Full House fan Wikia, was the beginning of the end. Danny and Vicky began a long-distance relationship, but after a season-and-a-half — and an engagement! — Vicky landed her dream job as a network news anchor in New York, and the two decided to part ways.

As for the actress who played Vicky, Gail Edwards, Edwards only had one acting role after Full House: a one-episode guest role on Touched by an Angel, according to IMDB.com. In fact, according to the actresses own site, Full House and Blossom were Edwards last two recurring roles. She retired from the business and moved to the Southwest, and — it seems – Edwards is living private life, as she does not have much of an online presence today. (Face it, Hollywood can be an exhausting life, and it's probably for the best that she left the acting world with one last fan-favorite role under her belt with which we could all fondly remember her.)

Despite hopes that Vicky may make a return in Fuller House — I mean, the girls are all grown... what better time to rekindle an old romance — Edwards personal life implies that is unlikely. (And she is not listed in the show's cast listing on IMDB either. Sad!)

Sorry, Danny; it seems some things just aren't meant to be. Fortunately Fuller House will debut on Netflix on Feb. 26, and it will likely soothe that wound — so go ahead and binge-watch. I won't judge.