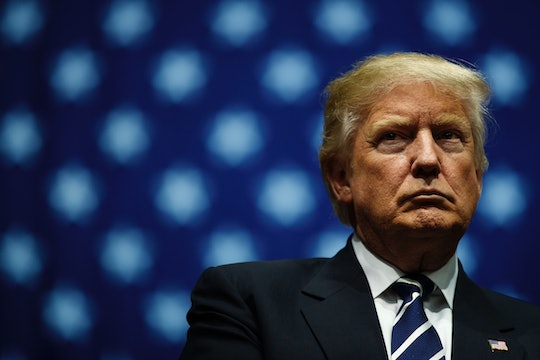 What Happens If Donald Trump Does Not Get Enough Electoral Votes? Congress Gets The Vote

While this time of year marks the countdown to the holidays, others are counting down the days until members of the Electoral College place their votes for the next president of the United States. On Monday Dec. 19, electors will come together and decide whether President-elect Donald Trump actually becomes the president. At least, that is what they're supposed to do. But what happens if Donald Trump does not get enough electoral votes? That decision then goes to Congress who will more than likely vote for Trump as president.

Some electors are going to need more information on current reports before they can confidently place their vote for Trump. According to Politico, at least 10 members of the Electoral College are "demanding a briefing from U.S. intelligence officials on any ongoing investigations into Donald Trump's ties with Russia." Currently, nine Democrats and one Republican are asking for this briefing before they meet to decide their next president in one week. According to their letter penned to Director of National Intelligence James Clapper, these electors believe that they need information about Trump's ties or his campaign's ties to the Russian government's alleged interference with the election which will "impact the core factors in our deliberations of whether Mr. Trump is fit to serve as the president of the United States."

So what happens if those electors do not receive that information or find that Trump is unfit to serve as president? It could have an influence on other electors.

If these faithless electors decide to not vote for Trump and neither he or Hillary Clinton receive 270 votes, the vote would then go to Congress, who would get to decide who becomes president. Once the vote is in Congress' hands, they will have to choose between Trump, Clinton, and whoever the majority of faithless electors decide to vote for. The Senate would have to elect the vice president from the two candidates with the most electoral votes. If the House of Representatives can not elect a president by Inauguration Day, then the vice president-elect will serve as the acting president, according to the National Archives, until the conflict is resolved.

According to The New York Times, Congress will more than likely choose Trump for president since Republicans control the House and are more likely to choose their party's representative.

If these concerned electors do not get the information they need, they might become faithless and not vote for Trump — but it will take more than 10 faithless electors to really have an impact on the decision. If Trump does not get enough electoral votes, then there is still a very high possibility that he will become the president. All of this, however, is still up in the air until the electors definitively cast their vote next week.