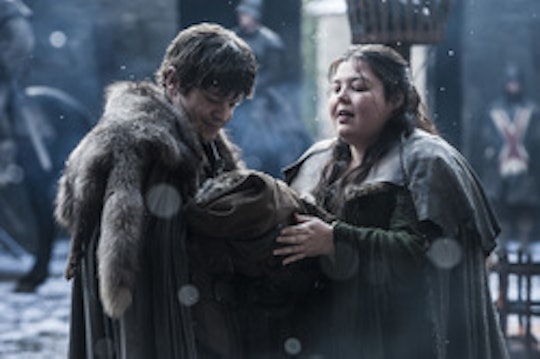 What Happens If Ramsay Dies On 'Game Of Thrones'? Here Is The Potential Future Lord

Even the most casual viewer of Game of Thrones is eagerly waiting on the edge of their seat for that putrid pile of psychopathic dirtbag, Ramsay Bolton, to finally eat it. There is no way around it. Ramsay has got to go. No one is interested in his one-dimensional evilness anymore, and if he sticks around much longer to continue indiscriminately torturing and killing people, there are going to be a lot of holes kicked in a lot of TVs all over the world. But what we don't seem to have given as much thought to is the aftermath of Ramsay's death. What happens when Ramsay Bolton dies on Game of Thrones? Who becomes Lord of Winterfell? What happens to the bannermen who switched loyalties from Stark to Bolton? What does that make Jon Snow?

There are many moving parts and many possible answers to this question, and it honestly matters very little who actually does the honor of ending Ramsay's life – though I do hope it's Sansa. Whoever kills him, the question then becomes who will take over as the Lord of Winterfell. Should Rickon survive, he has the strongest claim according to the law. As the oldest surviving legitimate son of Ned Stark, except for Bran who is presumed dead, he is legally the rightful heir. Except, the last Warden of the North was actually Robb Stark, who in fact legitimized Jon Snow in his will, naming him as his heir as Lord of Winterfell. A fact of which Jon most likely has no idea. Furthermore, theories place this will of Robb Stark's in Oldtown, where Jon's faithful BFF is conveniently headed.

According to the much-Reddited-about Great Northern Conspiracy, the Northern Houses are all actively working to make Jon Snow Lord of Winterfell. This would be the theory that Smalljon Umber, who we saw hand Rickon Stark over to Ramsay Bolton as a gift, is actually tricking Ramsay and is still loyal to the Starks. Should their plan succeed and Jon Snow is legitimized, it would be up to Jon to deliver justice to the disloyal bannermen. Politically, it would probably be wise not to simply kill them all, but we've seen how Starks tend to dispense justice. They're rather black and white.

As Warden of the North would Jon repeat his leadership mistakes as Lord Commander of the Night's Watch? Or might he have learned a thing or two about politics after seeing his father, brother, and finally himself assassinated?