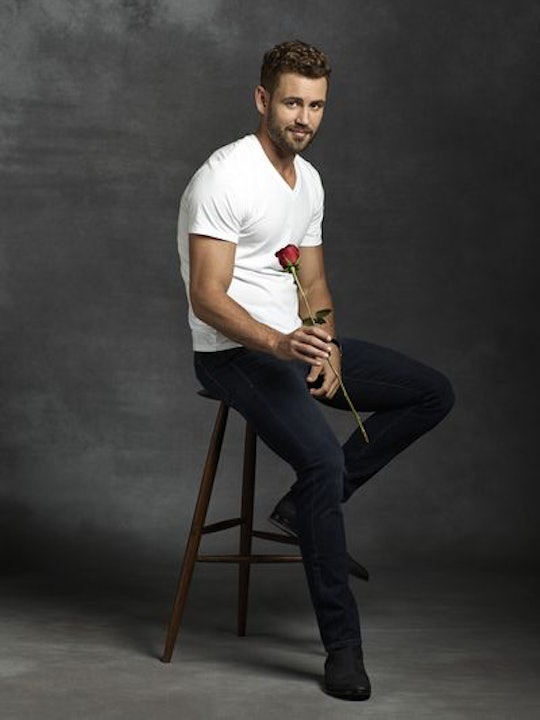 Why 'Bachelor' Hook-Ups Shouldn't Be Judged

Events tend to roll out in a familiar, formulaic way on The Bachelor: there are the first night jitters, the zany dates, the scheduled handing out of roses. As things become more serious, potential partners are introduced to each other's families. There's a glamorous, jealousy-inducing vacation and then usually a trip to the long-awaited fantasy suite. That's where the star and their chosen partner get to be alone sans cameras for the very first time overnight, which usually leads viewers to assume they're going to sleep together, too. But what happens when things don't go according to that careful plan? What happens if you have sex before the fantasy suites on The Bachelor?

It's probably a familiar story: if you're a guy, nothing happens. But if you're a girl, get ready for a world of judgement. At the very least there's something of a stigma when it comes to choosing to knock boots before the official overnight dates. Past Bachelorette Kaitlyn Bristowe spoke about the shaming she received in the aftermath, though the same harsh judgement doesn't seem to come down on the men who have sex before the overnight dates. Which is obviously ridiculous; everyone involved is a consenting adult, and it shouldn't matter whether it happens in the fantasy suites or two weeks before. But just because the women face more criticism doesn't mean it always ends badly.

Only two couples have admitted to having sex before the fantasy suite dates: Nick Viall and Kaitlyn Bristowe, and Courtney Robertson and Ben Flajnik, though rumors swirled about Juan Pablo Galavis and Clare Crawley. According to her, they did not actually sleep together. However, that didn't mean she was free from criticism for choosing to get closer to him one night in the ocean. In that case, it was the Bachelor himself, Juan Pablo, who took her aside to tell her that he regretted what happened, though she rightly said she had no reason to feel ashamed, which she stated to People, saying:

For Courtney and Ben, having sex beforehand didn't seem to have much of a negative impact. They still went on to get engaged (later separating) without too much of a fuss. But things have been different when it's a Bachelorette instead of a Bachelor. When Kaitlyn chose to sleep with Nick after a one-on-one date, the response from viewers was far from positive, and Kaitlyn knew why, telling People, "Because I'm a woman. I think it's a double standard, for sure."

While she certainly wasn't made to wear a scarlet A on her chest or anything, Kaitlyn did face more scrutiny then her male counterparts and even had to deal with some in-show consequences. After sleeping with Nick and dealing with the resultant drama, she was told by host Chris Harrison that they were skipping over the hometown dates and going right to fantasy suites so that she could "get some of these other relationships up to speed." You know, so every guy could be on the same page sex-wise. That's definitely not super gross at all.

It's completely unfair that the female contestants and Bachelorettes have to deal with more judgement for doing the exact same thing the men they're involved with are doing. They're all adults who can make their own choices and as long as no one's getting hurt, there's no reason to judge them for it.