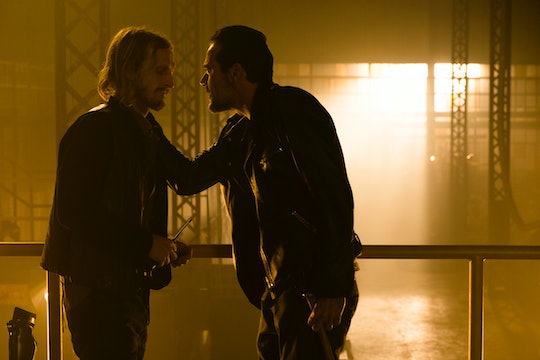 What Happens To Dwight In 'The Walking Dead' Comics? He's Important To The Fight

The Walking Dead spent a huge chunk of "The Cell" focusing on Dwight, the Savior audiences have become the most familiar with even though they didn't know much about him until recently. Before Episode 3, Dwight was merely the most recognizable of Negan's people, but now his position and motivations are becoming more clear. He acts as a guide to life in the Sanctuary, but also proves that even playing by every single one of Negan's rules results in loss and pain. The increased focus makes it seem like Dwight will only become more important as time goes on, but why? What happens to Dwight in The Walking Dead comics?

Dwight is an important figure in the comics, so it makes sense that his screen time has seen a sudden increase on the show. Dwight has suffered at the hands of Negan as much as anyone (with the exception of Glenn and Abraham, of course) when his wife was forced to "marry" Negan as a peace offering for betraying him. Though Dwight still received a hot iron to the face as punishment for their crimes, which included stealing supplies and running away. Since then, he has found a way to work within Negan's system, but it's destroying his life and he's clearly itching under Negan's rule. In the comics, that allows him to turn on Negan and become instrumental to his defeat. (Major comics spoilers ahead!)

After becoming fed up with the humiliation both he and Sherry experience at Negan's hand, Dwight goes to the Kingdom with the intention of informing on the Saviors. Dwight even offers to kill Negan himself and forms an uneasy alliance with Rick, Ezekiel, and Jesus. Dwight acts as a double agent, returning to the Sanctuary and pretending that nothing has changed, but prepares to take out Negan when the moment arises.

During the "All Out War" arc that sees Hilltop, Alexandria, and the Kingdom finally attack the Saviors, Dwight does what he can to help the cause against Negan while not arousing suspicion. Negan develops a plan to coat arrows in zombie goo so no matter how small the wound caused by them, whoever is hit will automatically be infected. He forces Dwight to shoot Rick, but unbeknownst to Negan, Dwight does not use an infected arrow. Negan thinks Rick is done for, so he's caught totally off guard when Rick reappears un-zombified. This allows Rick to finally defeat him.

After Negan is done for, Dwight takes over as leader of the Saviors, though it's not a natural fit for him. He struggles with fulfilling his new role and ultimately chooses to leave the Sanctuary, taking up residence in Alexandria. He does eventually become more capable of taking charge when a new threat presents itself to the community, but he doesn't return to the Saviors.

So suffice to say, Dwight's story on the show is only just beginning, and he has a long road ahead of him.