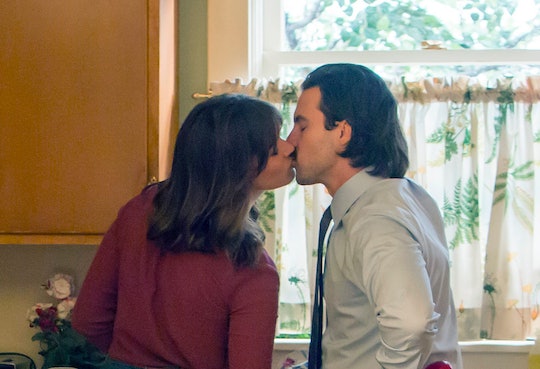 Jack & Rebecca Are Having Trouble On 'This Is Us'

Jack and Rebecca's marriage has always been the most envy-inducing part of This Is Us, but the Season 1 finale revealed all the cracks in their foundation. Despite the love that they obviously feel for one another, they were both people with their own baggage who were having trouble balancing their marriage, their families, their inner conflicts, and their dreams. By the time the Big Three were teenagers, it looked like everything might fall apart for the Pearsons. What happens to Jack and Rebecca on This Is Us?

The problems began when Rebecca decided to chase after her singing dreams after all, embarking on a tour with her band. Though Jack initially tried to be cool with it, he wasn't; whatever the real reason (his discomfort with her doing something apart from him, or the fact that she was working with an ex), his frustrations led him to drinking once again.

Their issues were all tied up in the very same problems they had when they were young: Jack didn't want to be an abusive alcoholic like his father, and Rebecca wanted her own identity and career. Jack wasn't like his father but he still ended up drinking too much and beating up Rebecca's bandmate, ruining her show and her opportunity. And she felt like she gave up her identity to be a wife and mother.

Things exploded between Jack and Rebecca after she took him home following the altercation at her show. They aired all their grievances, called each other out on their actions, and finally went to bed separately, exhausted and sad. In the morning, Rebecca told Jack that she thought he should leave for a while and stay with Miguel. He gave her a beautiful speech about their family that indicated there was still hope in the marriage, at least on his side, but their problems weren't that easily solved.

It's impossible to know what will happen between Rebecca and Jack going forward. After learning of his death, fans assumed that they were only apart in the future because Jack passed away. Now it seems possible that they might have separated before his death, adding even more tragedy to the situation. Though it was evident they loved each other, the problems they had required a lot of work and they might not be able to come out of things as solid as they were before.

What's even sadder is the likely possibility that Jack may die before they get a chance to work on things, leaving Rebecca always wondering how things could have been different.