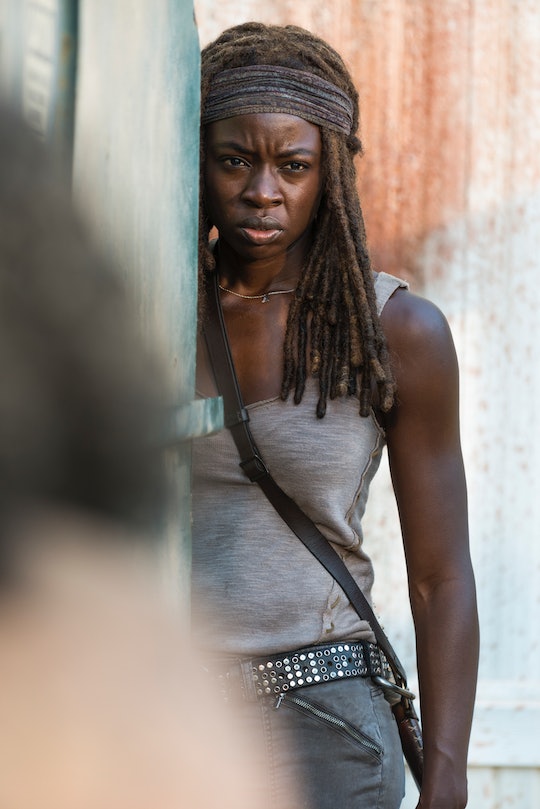 Michonne is one of the few characters on The Walking Dead whose journey has diverged widely from her comic book counterpart over the years. While there are plenty of similarities, the execution has varied over the course of the seasons; even when her storylines come directly from the source, they tend to unfold in a very different way. That includes everything from her backstory to her relationship with Rick, which might be one of the biggest changes. So what happened to Michonne in The Walking Dead comics? What has been changed and what has stayed the same?

In the comics, Michonne was a successful lawyer with two young daughters before the virus broke out; after that, she was separated from her children and never knew if they survived or not. In the show, she only had one young son who she knew for certain was lost. While the theme of losing her children remained the same, the way the storyline was explored saw a big change from the comics to the show. Other things did remain the same, like Michonne turning her boyfriend and his friend into her undead guards after they died. Despite the small similarities, however, Michonne's arc was altered in a few major ways.

Michonne was targeted by the Governor on the show, but in the comics her treatment at his hands was much more brutal. Michonne was kept captive and repeatedly raped by the Governor, and she ended up torturing him in revenge. Michonne's trauma was a big part of the character, as she constantly teetered on the edge of going too far and losing herself, and had trouble getting close to other people — which wasn't helped by the fact that all of her lovers seemed to die.

In the comics, Michonne had romantic relationships with Tyreese, Morgan, and Ezekiel but all three ended up being killed. On the show her only major romantic relationship has been with Rick, which is another departure from the comics; there, they are only close friends. Michonne getting together with Rick appeared to fill the space left by another character, one who had been long dead onscreen: Andrea. In the comics Andrea is still alive and committed to Rick, acting as his partner and supporter in all things. However, her death in Season 3 of the show left a void that Michonne ultimately filled.

In the most recent run of the comics, Michonne was working with Oceanside as something of a pirate before returning to the fray to join the war against the Whisperers. Barring any major surprises, it doesn't seem like Michonne is going to be taking to the sea on the show anytime soon. Her place is by Rick's side now, even if that's not how things ended up in the comics.