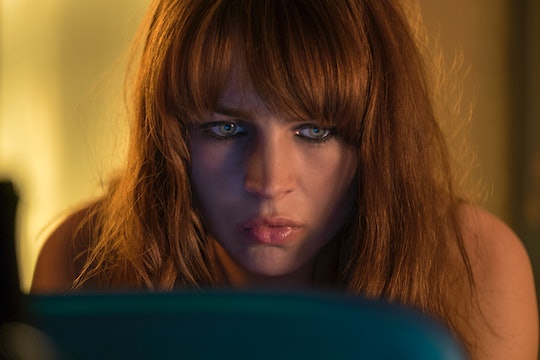 Netflix's latest series Girlboss might just be the streaming channel's next Orange is the New Black — if for no other reason than the fact that both shows are very loosely based on memoirs by flawed, complicated women. Whereas OITNB took Piper Kerman's life as a jumping off point and went in a totally not-remotely-based-in-reality direction from there, Girlboss is set to do the same with Sophia Amoruso's early 20s, when she founded Nasty Gal — the clothing company that would become her fashion empire. But what happens to Nasty Gal in real life?

The Cut describes the book on which the new show is based (#GIRLBOSS) as "a self-help-guide-slash-memoir that charts [Amoruso's] rise from dumpster-diving shoplifter to the founder of a multimillion-dollar e-commerce platform." Nasty Gal, though it doesn't exactly exist yet in the early episodes of the show, does become that multimillion-dollar venture. In 2011, the company (founded in 2006) had $23 million in revenue and a three-year growth rate of 10,160% — meaning it got big, and it got big fast. From lowly beginnings as a "dumpster-diving shoplifter" with a eBay store, Amoruso created a massively successful brand.

Unfortunately, the success wasn't meant to last. In 2014, then 30-year-old Amoruso (functioning as the company's CEO as well as its founder) opened up Nasty Gal's first brick-and-mortar store on Melrose Avenue in Los Angeles. In 2015 (the same year that Amoruso stepped down as CEO), they introduced a second location in Santa Monica. But just a year later, the company's financial troubles would begin to hit in earnest. Nasty Gal experienced an onslaught of legal troubles and eventually declared bankruptcy in November 2016.

On the bright side, though Nasty Gal is no longer under Amoruso's control, the company does still exist — it was acquired by British online retailer Boohoo Group and allowed to continue operating under its own brand. Boohoo closed up shop in Nasty Gal's two physical locations and also initiated a massive online sale for its already very affordable clothing back in February.

Despite its disappointing (and seemingly very sudden) fall from grace, the show might not necessarily go that route in depicting Amoruso's story. Again, Girlboss' memoir-based, female-led predecessor OITNB took a far different course from Kerman's actual life — the new series just might do the same with Amoruso's.

Then again, the drama and fall-out from the company's massive peak of success to its eventual floundering is basically ready-made TV — if the show makes it beyond the first season, I'd be really surprised if they don't eventually delve into Amoruso's so-called fall from grace.