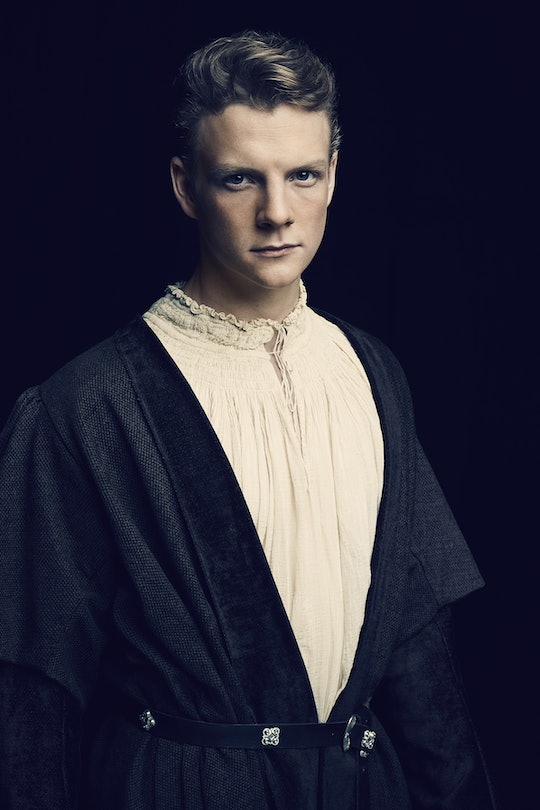 Richard Has Many Enemies On 'The White Princess'

In some cases, the truth can be stranger than fiction, but producers of historical dramas may choose to make up events, anyway. Such is the case with The White Princess, which deviated from what really happened to Elizabeth of York's brother, Richard. In actuality, he was murdered as a young boy, but on the show, he returns after a long absence. Not only that, but he wants to challenge Henry VII's throne... which means he's sure to have enemies everywhere. So what happens to Richard on The White Princess? Viewers can't look to history to find out his fate.

What happened to the actual Richard, the Duke of York? Well, he didn't have a triumphant return at all. If The White Princess followed history, his appearance as a boy in the premiere would be the last viewers saw of him. Richard and his brother, Edward V — both brothers of Elizabeth of York — were killed when they were children. They were nicknamed the "Princes in the Tower," and while historians don't know for certain whom their murderer was, there are several options. Two of the biggest suspects are Richard III and Henry VII — York and Tudor, respectively, but their motive would have been similar: the younger Richard and Edward were standing in the way of his throne.

Now that Richard is back, and a teenager, on The White Princess, this changes the course of history in the series. The show is based on historical novels by Philippa Gregory, so producers could have gone with Gregory's imagination over what really happened. From Richard's place in his family history, and the fact that a former enemy is now on the throne, he may have come back to be king. Patrick Gibson, who plays Richard, spoke to The Hollywood Reporter about the role. "I’m a character who was sent to the Tower of London and comes back claiming to be the rightful heir to the [English] throne," he said. "I basically try to claim that Henry VII is an illegitimate king and I have the rightful claim."

It's safe to say, then, that Richard is not going to accept Henry's title without a fight. In a future episode, Richard may fight Henry to try to win the kingdom back. Henry VII was succeeded by Henry VIII, so unless the show really goes off track in history, I predict that if Richard does battle Henry, that he is unsuccessful. Viewers will have to see just how far Richard goes to fight for his claim.