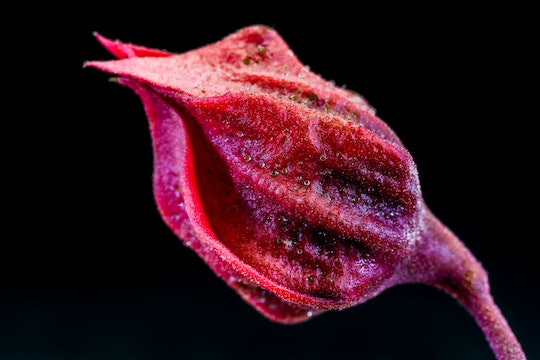 What Happens To Your Vagina As You Get Turned On

Although women's sexuality is sometimes treated like an impossible thing to understand, the female sexual response is a pretty straightforward process. It’s super interesting to learn what happens to your vagina as you get turned on. Not to mention, it's smart to know all about the process that happens as a body prepares for orgasm. If nothing else, you'll have some fun facts on hand the next time you attend a dinner party.

At the start, the blood begins pumping in this area. During the excitement phase of sex, blood flow to the genital region increases significantly, as noted on WebMD. This is why things tend to feel all warm and tingly down there as the sexual excitement increases.

Vaginal lubrication often occurs at this time. Thanks to the increased blood flow, lubrication enters through the vaginal walls, as explained by Kinsey Confidential. (It kind of sweats through the walls, so to speak.) What exactly is this natural lube? The particular characteristics of the fluid may vary from woman to woman, but vaginal fluid it's mostly water and slightly acidic, as noted in Health24.

Now it's time for the fun part: engorgement. As explained by the National Health Service, increased blood flow to the region causes swelling of the external organs, including the clitoris and outer labia. But what's going on inside is what's really interesting: vaginal expansion. Basically, the vagina can increase in size by 200 percent during arousal, according to the website for Psychology Today. Its elastic powers are pretty impressive.

It's important to note that some women have trouble getting aroused, lubricated, and generally in the mood for a variety of reasons. According to the Mayo Clinic, anything from antidepressant medications to overall fatigue can greatly impact a woman's ability to feel arousal. Hormones, habits, and even problems in a relationship can affect the arousal response to varying degrees. So although the vagina (and the rest of the body) can do some amazing things to prep for sex, it's not uncommon to experience difficulties in this arena anyway. Arousal may be a basic biological response, but it is far from simple.