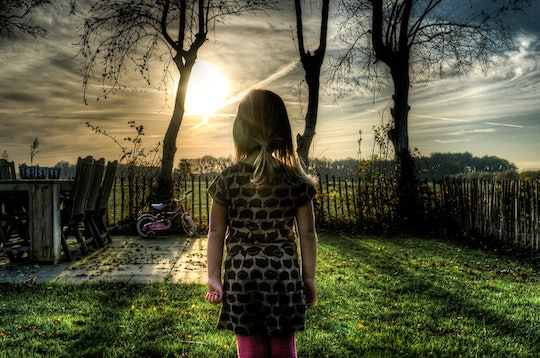 This Is The Step-By-Step For Foster Kids

The foster care system in the United States is an imperfect system set up to deal with unimaginable trauma. For the most part, there are no good answers or solutions, just a set of people and rules on the front lines of helping kids in the most danger find safety. What happens when a child enters the foster care system? Each child's story is different, but every kid's journey starts with a traumatic separation from their primary caregivers, no matter how flawed.

In most instances, when a child is sent to foster care, it starts with a report from someone that there is suspected abuse or neglect, according to the Child Welfare Information Agency. The specifics of how foster care works varies widely by state, but according to Child Welfare, the role of the system is to do these four specific things: investigate abuse, provide family assistance and support, arrange for temporary "foster" care for children until their situation can be made safer, and arrange for a permanent placement for the child, preferably reunification with their birth parents or family.

While every state has different rules, here's a look at the basics of the child welfare system and what happens to a child in foster care.

Anyone can report suspected child abuse or neglect to their local officials, usually a state Child Protection Services agency, according to Stop It Now, a child advocacy organization. From there, reports are either investigated, or "screened out," which means, according to Stop It Now, that there isn't enough evidence of abuse. CPS or police, or both, can then interview the child and make home visits to determine if the child's safety is at risk. Doctors, teachers, social workers, and other caregivers are considered "mandatory reporters," meaning they are legally obligated to report any suspected instances of child abuse they see, according to the Legal Information Institute.

Again, it all varies by state, but removing a child from their home is the option of last resort. Instead CPS and social workers will try and provide services ranging from counseling and parenting classes to help getting a safe place to live for the child, according to Child Welfare.

If a child is deemed too unsafe to remain in their current conditions, CPS will remove the child and place them with relatives or a foster family to keep them safe while a plan can be established for a permanent placement. According to Children's Rights, there are more than 400,000 children in foster care on any given day in the U.S. The first goal for any child removed from their home is to get them reunified with their family as soon as possible, according to Child Welfare. According to the Human Rights Campaign, most states don't have enough safe, stable, and loving foster homes for the number of children who need them.

According to statistics from the Adoption and Foster Care Analysis and Reporting System from 2014, 51 percent of children who entered foster care were re-unified with their parent or primary caregiver. More than 20 percent were adopted and 7 percent went to live with other relatives. The final decision about where a child's permanent placement will be is made by a judge, with input from a variety of professionals, lawyers, social and CPS workers, and caregivers about what's in the best interest of the child, according to Child Welfare.

Not every foster kid's story or journey is the same, but it's important to remember there are tens of thousands of kids in this country right now who need help. And sometimes foster care is the help that can save their lives.